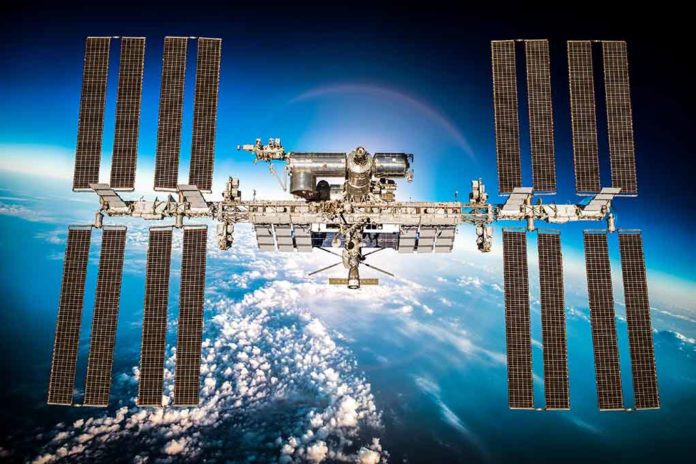 (ConservativeStar.com) – It was July 21, 1969, when Neil Armstrong became the first person to set foot on the moon. It wasn’t until 1986, when the Soviet Union launched the first habitation module for its space station, Mir, that it had a permanent presence in orbit. When NASA flew its last space shuttle mission in 2011, the Russian Federal Space Agency (Roscosmos) took the lead in launching people into space. From then on, the US collaborated with the country on the project, even when relations were rocky. That has now changed.

For the last decade, the only way for astronauts from the US to get to the station has been to travel to Russia and use Soyuz spacecraft. That changed in November 2020 when Elon Musk’s company SpaceX successfully launched the Crew Dragon module, delivering three Americans and one Japanese space traveler.

On February 24, 2022, Russian President Vladimir Putin launched something else, an armed invasion of the neighboring country (and a former member state of the Soviet Union) of Ukraine. Many Western nations, particularly those of the North Atlantic Treaty Organization (NATO), have slapped heavy economic sanctions on him, other oligarchs of the ruling class, and the country itself.

On April 2, Dmitry Rogozin, who is the head of Roscosmos, has done what henchmen in the employ of dictators have done from time immemorial. He delivered a threat from his boss to the world. He said that until the sanctions are completely and unconditionally lifted, Russia would no longer collaborate with the countries opposing them.

In addition to no longer collaborating, the Daily Mail recently reported Rogozin warned that the economic pressure placed upon his country by the economic sanctions could impact their module of the orbiter, causing it to deteriorate and bring the entire laboratory crashing into the Earth.

During his January 25, 1984, State of the Union Address, President Ronald Reagan directed the creation of the ISS within the next 10 years. In November 1998, the Russians were the first to put a segment into space (called Zarya) that included fuel storage and docking bays.

Roughly two weeks later, the United States launched Unity Node 1 (“Unity”) to create the first link up in what would become the orbital laboratory. It took two years of construction efforts before Astronaut Bill Shepherd and cosmonauts Yuri Gidzenko and Sergei Krikalev became the first residents on board. The three men spent four months working together to bring it fully online. The ISS is not just a collaboration between the US and Russia. Several countries in Europe, Japan, and Canada are also involved. For years, all the nations have set their differences aside to work on a project that was bigger than just one nation.

Now, it appears Russia is destroying that partnership in favor of a war the world does not agree with.