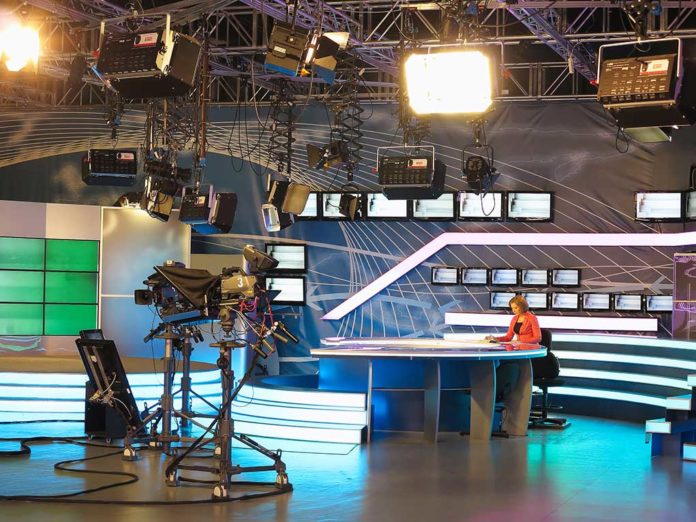 (ConservativeStar.com) – A Russian woman is in custody after disrupting a news broadcast on state TV. Max Seddon of the Financial Times identified the woman, who burst onto the set behind the anchor holding a sign saying “No War,” as Channel One producer Marina Ovsyannikova.

Wow. A woman with a poster that says "No war, stop the war, don't believe the propaganda, they're lying to you" runs out behind the famous anchor on Channel 1, the Kremlin's flagship TV channel. https://t.co/X2LwmyuKn2

The Russian government owns a majority interest in Channel One TV and controls its content. Ovsyannikova’s message, “They’re Lying To You” in big letters with a hand-drawn Russian Flag, is definitely counter to its regular programming. The anchorwoman tried to block the producer’s protest, fidgeting in front of her and speaking loudly for a few seconds before the station cut to a different feed.

The rest of Ovsyannikova’s sign, written in Russian, was a statement of support for the people of Ukraine. She also released a video statement before the protest, telling of her own parents’ heritage. Her mother, a Russian, and her father, a Ukrainian, were “never enemies,” she said. She went on to express regret for spreading “Kremlin propaganda,” and that she did nothing when Russia took the Crimean peninsula, or when “they poisoned Navalny.”

The producer was detained and could be charged with “discrediting Russia’s armed forces,” a crime that carries a 15-year jail sentence. In her video statement, Ovsyannikova gave a passionate plea for people to stand up against misinformation, declaring, “They can’t imprison us all.”

Ovsyannikova says she was questioned for 14 hours following her arrest and fined 30,000 Rubles, or approximately $274.