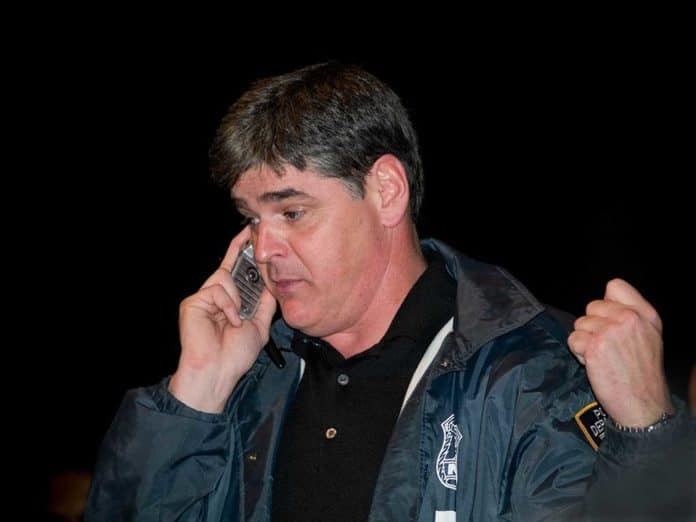 (ConservativeStar.com) – “War is Hell” — General William Tecumseh Sherman. Those words were true during the American Civil War, and they’re just as true today after Russian President Vladimir Putin launched an attack into neighboring Ukraine. While sitting half a world away helplessly watching as forces use weapons that violate international law (as NATO Secretary-General Jens Stoltenberg has accused), onlookers are starting to form opinions on how to end the slaughter as quickly as possible.

Sean Hannity of the Fox News Channel mentioned an Executive Order first put in place by President Gerald Ford that prohibits political assassinations, and then proposed his own rule to replace it because Putin’s atrocities mean he has forfeited his right to live. He suggests that it’s time to “cut off the head of the snake” in order to put an end to the war.

Hannity Suggests Assassinating Putin: ‘Cut the Head of the Snake off and You Kill the Snake’ https://t.co/iwIJJ8jSmz pic.twitter.com/1fkXou4CBj

Senator Lindsey Graham (R-SC) apparently holds the same opinion asking if “there is a Brutus in Russia,” a reference to the assassin of Julius Caesar. He also alluded to Colonel Claus von Stauffenberg, who famously attempted to kill Nazi dictator Adolf Hitler.

Is there a Brutus in Russia? Is there a more successful Colonel Stauffenberg in the Russian military?

The only way this ends is for somebody in Russia to take this guy out.

You would be doing your country – and the world – a great service.

Graham has received pushback from many on the Left, including Representative Ilhan Omar (D-MN).

I really wish our members of Congress would cool it and regulate their remarks as the administration works to avoid WWlll. As the world pays attention to how the US and it’s leaders are responding, Lindsey’s remarks and remarks made by some House members aren’t helpful.

Perhaps they have forgotten the actions of former President Barack Obama. On May 2, 2011, he ordered United States Navy Seal Team 6 to hunt down and kill Osama bin Laden, who was the mastermind behind the attacks of September 11, 2001.

What’s your take on the matter? Do Hannity and Sen. Graham have the right approach, that taking out the Russian leader would be the quickest way to end this conflict?