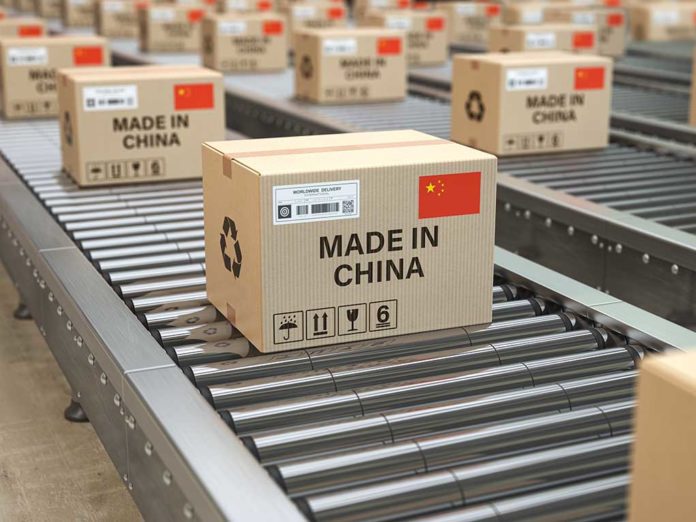 (ConservativeStar.com) – China is a threat to the US in many ways. Senator Tom Cotton (R-AR) pinpointed how the Biden administration could reduce Chinese influence on the US economy. He suggested going after economic entanglements and called for an end to our reliance on China.

During a speech on March 7 at the Ronald Reagan Presidential Library, Senator Cotton stated the US must end “investments in strategic Chinese industries.” He maintained the US must separate our supply chains and end our involvement in businesses in the nation. Cotton wants to hold companies who take jobs over there accountable and encourage them to stay in the US. Cotton also demanded more regulations on China’s investments in the US.

"In the name of security, fairness, justice, and prosperity for our people, it's time to end our economic reliance on China—and decouple our supply chains," Sen. @TomCottonAR said last night.

The senator said the Chinese Communist Party (CPP) is a severe threat that gained power and prestige when the US allowed the country into the World Trade Organization. He pointed out Republicans and Democrats are guilty because neither party stopped it from happening.

Cotton explained that giving the CPP access only helped it to become the “most dangerous enemy” of the US. It allowed China’s economy to boom and gave the country control over more than a quarter of the world market.

The senator went on to declare the CPP has committed various economic crimes. He accused the nation of stealing intellectual property, manipulating currency, and using slave labor. He said it’s also guilty of committing economic espionage and participating in product dumping and illegal subsidies.

The bottom line, according to Cotton, is America has been the country hurt the most by China’s actions, and we must stop allowing it to continue.