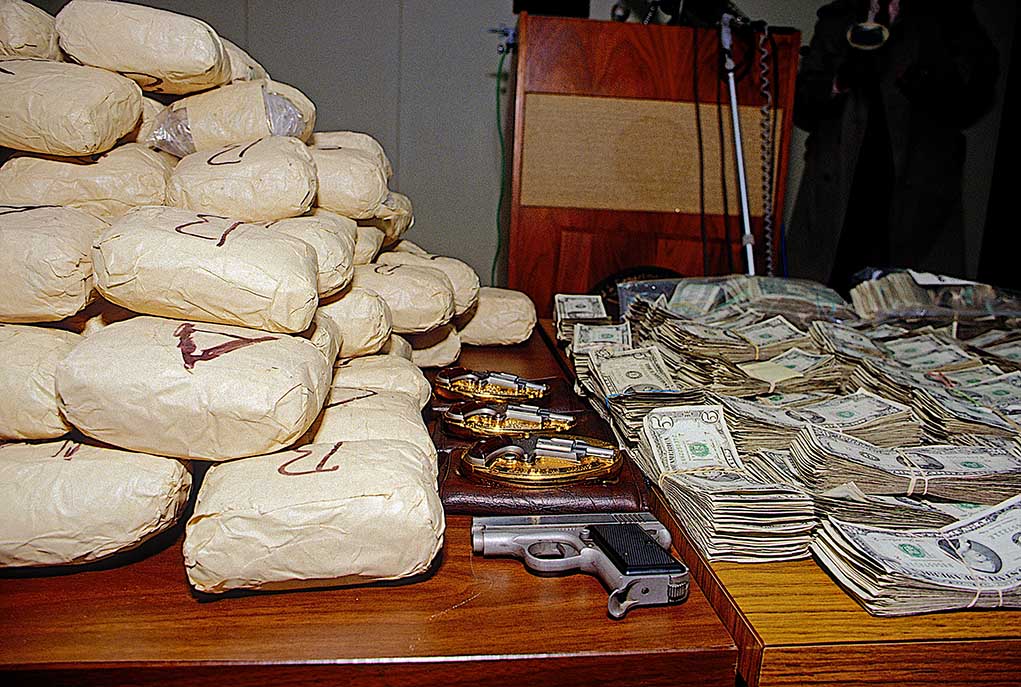 (ConservativeStar.com) – Over a period of almost two years, detectives from the Manhattan South Narcotics Division and agents from Homeland Security Investigations (HSI) ran a surveillance/sting operation in New York City’s Times Square. They were gathering evidence against a massive narcotics distribution ring that, by all accounts, ran 24/7/365. The operation caused HSI Special Agent in Charge (SAC) Peter Fitzhugh to quip, “[T]his crew gave new meaning to the slogan for New York City as the ‘city that never sleeps.'”

A two year long investigation in the #timesquare section of #Manhattan by Manhattan South Narcotics Detectives along with @HSINewYork has come to an end with multiple arrests and large amounts of narcotics being seized. pic.twitter.com/efg4dxHfqx

Attorneys with the United States Department of Justice (DOJ) unsealed an indictment that led to the arrest of 6 men — with 2 more still at large — facing a prison sentence of 10 years to life if they’re convicted in a court of law. According to an August 10 press release, the DOJ gives an example of the defendants’ alleged high-volume operation. Over a stretch of 11 days in March and April 2021, “[they] conducted more than 650 hand-to-hand sales.”

The indictment stipulates that altogether the men possessed with the intent to distribute “280 grams and more” of crack cocaine. The DOJ was careful to note that an indictment is nothing more than an accusation and “the defendants are presumed innocent unless and until proven guilty.”

Getting these perpetrators behind bars and the drugs off the street is critical for the public’s safety and at the very least, it’ll put a dent in the number of drugs hitting the streets of NYC.