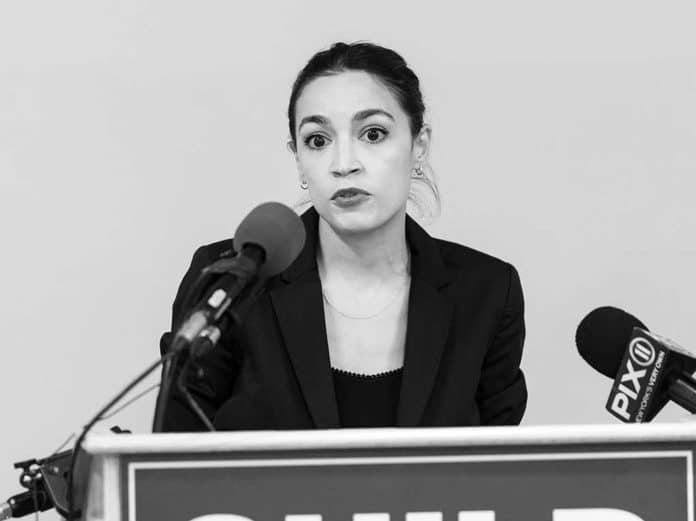 (ConservativeStar.com) – The definition of the word “hypocrite” at its core means somebody who speaks one way but acts in the opposite. In today’s digital age, it might just be easier to insert pictures of people like Representatives Cori Bush (D-MO) and Alexandria Ocasio-Cortez (D-NY) and the rest of “The Squad.”

This time it’s because of their incessant calls to “defund the police” and at the same time, hiring private security teams to protect the most important people (obviously, in their humble opinions at least) in the very operation of the United States government — themselves. As a group, they spent more than $325,000 to protect their assets in 2021.

Squad logic: Eat the rich and defund the police while spending $325,000 on private security. https://t.co/4MupGUJji5

Ms. Bush spent the lion’s share of that, shelling out about $200,000 to what are reportedly Right-leaning and pro-Second Amendment companies. Peace Security, LLC’s Facebook page is full of posts about why people need guns to protect themselves.

Fox News reports that when confronted about her hypocrisy during an appearance on CBS, Bush responded with, “You would rather me die? Is that what you want to see?” As Representative Chris Stewart (R-UT) put it on a Twitter post, this certainly seems to be an attitude of “police for me, but not for thee.”

"Police for me, but not for thee."

It’s easy to call for defunding the police when you can spend hundreds of thousands on your own private security. Not every American has that luxury.https://t.co/435eZvyDLm

A question for our readers: are these Liberal politicians signaling that the security of average Americans is far less important than their own?