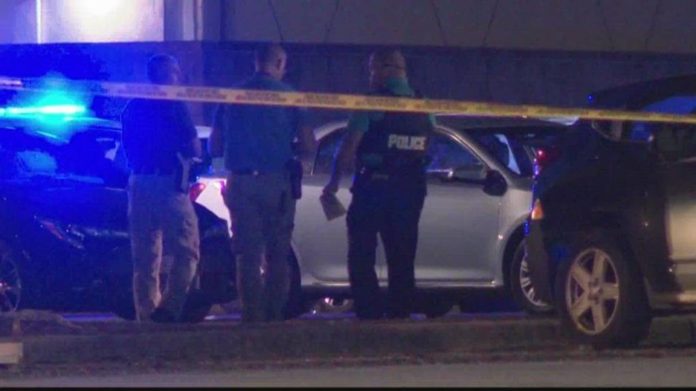 Police say a teenager was shot and killed at the Sugarloaf Mills Mall parking lot right near the Dave and Busters in Lawrenceville last night. They don’t have a suspect at this time that they can identify as the perpetrator of this untimely murder.

Elijah DeWitt, 17, was shot multiple times in the parking lot of Sugarloaf Mills near Dave & Buster’s, police said. Investigators are exploring all motives in his death to try to find out why he would have been sought out for murder.

DeWitt played football for Jefferson High School and his death has left the Jackson County community “heartbroken,” McMullan said. She said counselors would be available to grieving students and staff as needed. The Jefferson Dragons football team shared the community’s grief over the loss of the teen.

Jefferson High’s head football coach said the shooting was senseless and hopes the person responsible will be held accountable. He said he’s going to visit with the family to pay his respects.

Anyone with information on either case is asked to contact Gwinnett detectives at 770-513-5300 or Crime Stoppers Atlanta at 404-577-8477. Authorities are seeking to find more answers about why this teen was tragically killed.

For additional information on this story, check out the news sources listed below and stay in the know.