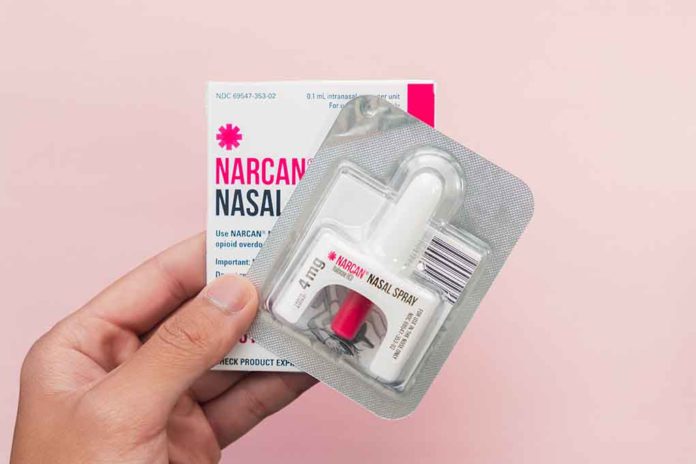 (ConservativeStar.com) – Narcan (a brand name for naloxone) is a nasal spray that can quickly reverse the effects of an overdose of opiate/opioid drugs. Unfortunately, there was none to be had at a Connecticut school where a 13-year-old boy lost his life after ingesting fentanyl on January 15. The incident is spurring renewed calls for schools to stock Narcan and for additional training for people to recognize overdose signs.

A 13-year-old died from an apparent fentanyl overdose at a Connecticut school that didn't have naloxone on hand.

Their death has renewed calls for schools to stock and administer the opioid overdose reversal drug. https://t.co/wUP97ovn5t

The National Institute on Drug Abuse website says that nearly 3,400 people between the ages of 15 and 24 died of overdoses of “heroin and other illicit opioids” in 2019. The National Association of School Nurses (NASN) is one organization that advocates for its members to have access to the life-saving medication and the training to use it correctly.

The Hartford, Connecticut school district where this tragedy occurred has reportedly decided to provide Narcan to its nurses since they’re likely the first professionals to encounter a student in distress. Two other boys also overdosed that same day, but recovered. Police are investigating and believe one of the three brought 40 bags of the extremely potent — even a dose the size of just a few grains of salt can be fatal — into the school.

Should Narcan be available in all schools? Should this weapon in the war against overdoses be available for teachers to administer, not just nurses? Let us know your thoughts on the subject.