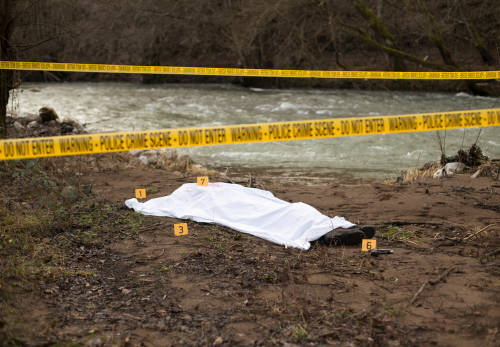 A New York teen, who witnessed her father’s murder, was found dead in a shallow grave.

On June 6, homicide detectives found the remains of Jalia Marrero in a wooded area behind a shopping center in the North Buffalo neighborhood of Buffalo, New York. The teen’s family believes they know who killed her and her father. They are concerned that the killer is still free.

Marrero’s cousin Norma Coppola alleged that Marrero’s boyfriend killed her father and then murdered her. He abused Marrero and beat her when she got into the house. She believes that he’s a primary suspect for this case.

Marrero’s cause of death has not yet been released, and police declined to comment to the news outlets about the family’s statements.

Marrero was a student, worked two jobs and did not use drugs, a family member told The Buffalo News.

Jalia Marrero, a high school student weeks away from graduation, was found dead in a shallow grave in the woods. She had been missing for quite some time, her family said, and had spoken to police about her father’s death.

A cousin of Luis’ said the family started to get worried about Jalia after her father was found dead. No arrests have been made and police have not discussed motive in connection with the killings.