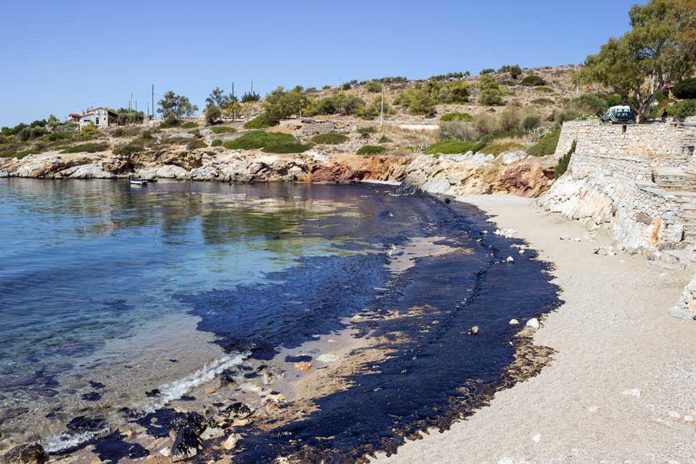 (ConservativeStar.com) – Sometime during the day on October 1, 2021, through the early morning hours of October 2, a rupture occurred in an oil pipeline owned by Houston-based Amplify Energy Corp off the coast of Orange County, California. A federal grand jury in Los Angeles now says the company is criminally responsible.

The rupture occurred approximately 4.7 miles offshore and allowed approximately 25,000 gallons of crude oil to leak into the ocean. It eventually made its way to the shores of Huntington Beach. On December 15, the grand jury returned a true bill on an indictment charging the company and two of its subsidiaries with a Class A misdemeanor for the Negligent Discharge of Oil.

A Los Angeles federal grand jury has charged a Texas oil company…Amplify Energy Corp… and two subsidiaries, for an oil spill off the California coast in October. A cargo ship was believed to have snagged an oil line with an anchor, causing the 25,000 gallon spill.

Besides the parent company, the indictment includes Beta Operating Company, LLC and San Pedro Bay Pipeline Company, accusing them of failing to take appropriate actions on eight different occasions when leak detection alarms sounded. Prosecutors contend that all they did was essentially reset the alarms by shutting the pumps down and then restarting them five times between 5:10 p.m. and 10:33 p.m., which allowed the oil to flow for a total of three hours over the span.

During a press conference on October 6, just after the disaster, Amplify CEO Martyn Willsher was less than forthcoming in answering questions and seemingly placed the blame on an unknown cargo ship that struck the pipeline with its anchor.

If convicted, the company could face five years of probation — essentially court oversight to make sure conditions are addressed as agreed upon/ordered — and millions of dollars in fines. How much steep the fines would be up to the courts, but a 2010 oil spill in the Kalamazoo River in Michigan cost that company $176 million.