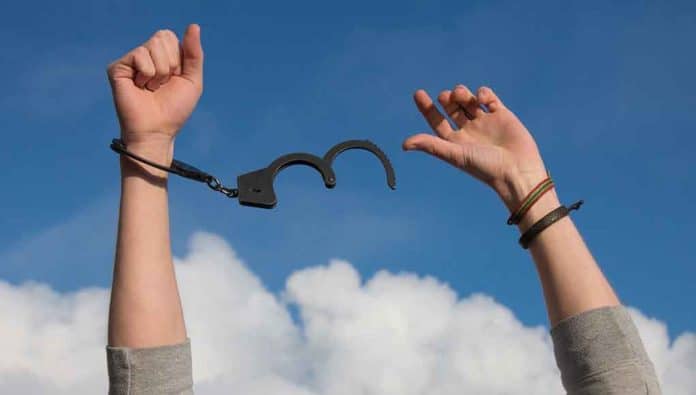 (ConservativeStar.com) – Sometimes life imitates art. Such is the case when three inmates made a daring escape from a Tennessee jail recently. Sadly, two did not survive long and the third is still on the run.

Tobias Wayne Carr, Johnny Shane Brown, and Timothy Allen Sarver were inmates at the Sullivan County Jail who accessed an air duct above the ceiling of their cell and escaped custody through the roof on Friday, February 4. Brown is still on the run and the subject of a manhunt, while the other two were confirmed to be dead near Wilmington, North Carolina the following Monday.

Tobias Wayne Carr and Timothy Allen Sarver were confirmed dead on Monday after they escaped with Johnny Shane Brown, who remains at large.

Officials did not elaborate on how Carr and Sarver died.https://t.co/oP3WquseA9

The trio is suspected of robbing a convenience store at gunpoint in Onslow County and then leading police on a chase across several jurisdictions before crashing in Brunswick County. The North Carolina State Bureau of Investigation confirmed the identities of the two escapees in the Saturday morning wreck, but officials are not releasing other information.

The three were being held on a variety of charges, with Carr facing the most serious of them for second-degree murder and Sarver for both auto and identity theft. Brown, who is still at large, is suspected of domestic assault, harassment, and aggravated stalking.

Police are asking anyone with information on his whereabouts to call (800) TBI – FIND (824 – 3463). Johnny Shane Brown is 50 years old and his description says he is 5’11” tall, weighs approximately 200 pounds, with gray hair and brown eyes.