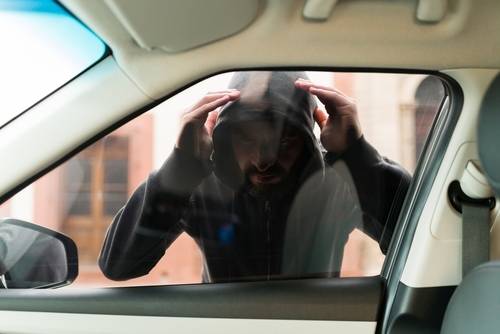 Two parents’ worst nightmare came true while they were trying to get their kids out the door to go to school. Their toddler was taken when his parents’ car was stolen while they helped an older sibling off to school.

The Kentwood Police Department said the 2-year-old child was found thanks to some quick thinking by bus drivers that took the time to intervene and assist the parents.

David Skinner, a bus driver for Kelloggsville Public Schools, said he came across parents flagging him down around 8 a.m. Skinner said the parents yelled at him that their car had been stolen. He called 911 and put a call out on his bus radio for other drivers to be on the lookout for the child.

Another bus driver heard Skinner’s call and realized she had just passed a child wrapped in a blanket on the side of the road. Driver Sue Figueroa turned her bus around to help the little boy.

The drivers “all did a great job getting this two-year-old back with his parents,” said Jim Alston, superintendent of Kelloggsville Public Schools. “I don’t know if we’re heroes,” said Skinner.

The stolen car was found a short time later in Grand Rapids.

For additional information on this story, please consider the news outlets listed below to stay in the know.