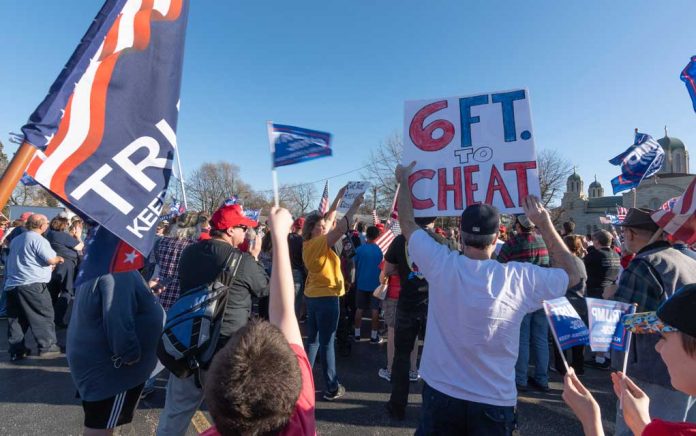 (ConservativeStar.com) – Supporters of President Donald Trump held a rally in Washington, D.C. on Saturday, November 14, after obtaining an official permit. As so, often happens in cases like this, counter-protesters descended on the scene, as they have all summer, and mayhem and violence ensued.

Several reports allege the mob was made up of members of Black Lives Matter (BLM) and Antifa, the same groups that caused so much chaos in places like Portland, OR, and Seattle, WA. There were large-scale altercations between them and President Trump’s supporters who had a legal right to be in the country’s capital.

Antifa/BLM continues to attack Trump supporters who are eating outside with fireworks in Washington, DC. pic.twitter.com/8k32VN4Sm7

Then Javien Michael Dawson decided that wasn’t enough and allegedly threw fireworks at a small group of Trump supporters who were doing nothing more than enjoying a meal on a restaurant patio. He tried to flee from the scene but was caught by responding police officers and has now been charged with assault with a dangerous weapon.

As usual, Liberal news outlets elected to ignore this violence. It leaves one to wonder where they intend to push the country if Democratic Party nominee Joe Biden is ever officially given the presidency?