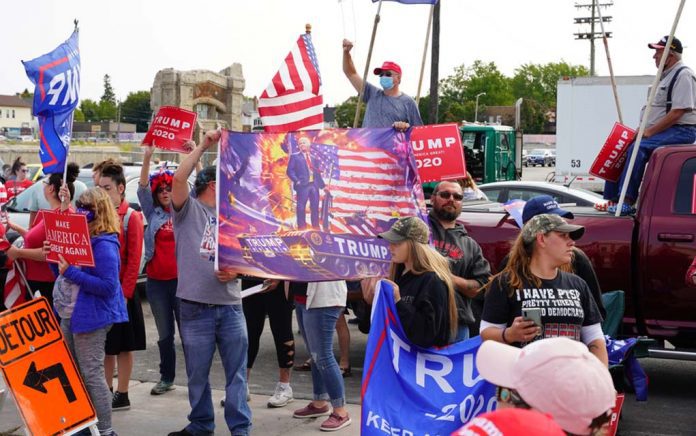 (ConservativeStar.com) – Supporters of President Donald Trump have been targeted with violence for several months. In August, Aaron “Jay” Danielson was killed after participating in a caravan of the president’s voters. The alleged suspect was a self-proclaimed Antifa member. More recently, in early October, Lee Keltner was fatally shot while attending a “Patriot Rally” in Denver.

Now, it looks like Trump’s supporters in New Hampshire may also be in danger.

Several people in the towns of Milford and Brookline have received letters that say, in part, “your address has been added into our database as a target for when we attack should Trump not concede the election.” They go on to advise the homeowners to make sure their insurance is up-to-date and has adequate coverage in case of fire.

Threatened in New Hampshire: A warning to all Trump supporters – https://t.co/gtXhgB41rK via @commdiginews JOE BIDEN SUPPORTERS DOING THEIR DEMOKKKRAT THING.

Did supporters of Joe Biden make the calls? That’s not clear. It does fit some of the violence the country has seen in the last several months perpetrated by far-Left extremists. If the point was to scare the American voters, the perpetrator(s) severely underestimated the spirit of the citizens of this country. They don’t back down.