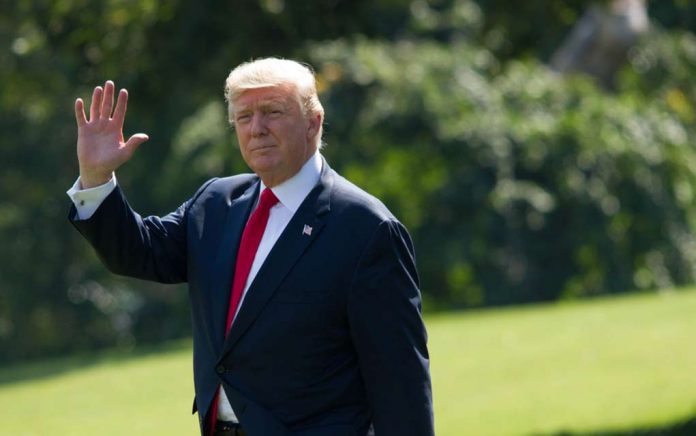 (ConservativeStar.com) – Is the anti-Trump hysteria finally catching up with the press? For five long years, the Leftist media attempts to paint President Donald Trump as an evil racist, homophobe, lying, illegitimate president may finally be catching up to them. While the press has done some of this to themselves, there’s also the other side of the coin.

President Trump has endured the wrath of the media as he has moved to the Right and grew contempt toward the ruling class in Washington, DC. He’s also had to deal with their desire to politicize public health, all but ignore the riots, and cast doubt on coronavirus treatments because he mentioned the issues. Then there are the obvious cases of attempting to get government officials to bad-mouth the president during live press conferences.

In years past, Republican presidents were brought to their knees by the media. If Trump had reverted to being a Northeast Liberal or at least moderate in his positions, they might have relented on 90% of the negative press he gets day-in and day-out. However, he’s the first president to come along that could care less about the media and how they portray him, only hardening them toward him even more.

CBS Poll Says it All

In a new CBS/YouGov poll released on September 6, the media polled five points less than Trump when it came to who Americans trust to provide them with accurate information about COVID-19. The national press scored dead last with a 35% approval rating compared to 40% for the commander-in-chief.

Over the last several months, national reporters refused to correct Democrats, or their colleagues, who suggested Trump encouraged people to drink bleach or inject sunlight. On Wednesday, September 10, journalists jumped on snippets from a book written by journalist Bob Woodward. The president admitted to playing down the pandemic to alleviate fear and panic among the public.

Their enthusiasm wasn’t tampered by their own previous statements. In January, BuzzFeed said to worry about the flu, not the coronavirus. An article in the Washington Post was titled, “Get a grippe, America. The flu is a much bigger threat than coronavirus, for now.” The Associated Press said the virus wasn’t as deadly as the flu.

When White House Press Secretary Kayleigh McEnany reminded the press of their own contradictions, they laughed her off with condescension.

The media has always seemed to lean Liberal, and bias has always been present in reporting. It was rarely as overt and blatant, and in the past, the bias was even considered unprofessional. Today, the public doesn’t trust the media to tell the truth. Instead, partisans head to their favorite cable news channels or websites for pundits to reaffirm what they think they want to hear.

Worse yet, the media has become an echo chamber for political partisans to spread narratives instead of giving Americans the news. In one regard, the press is nothing more than an extension of the Democratic Party. Instead of seeking the truth and parsing the narratives for accuracies and inaccuracies, they try to help one party and hurt the other.

Instead of focusing on the president’s behavior, perhaps it’s time to reflect on their own before they’re trusted less than the politicians they’re supposed to be covering.