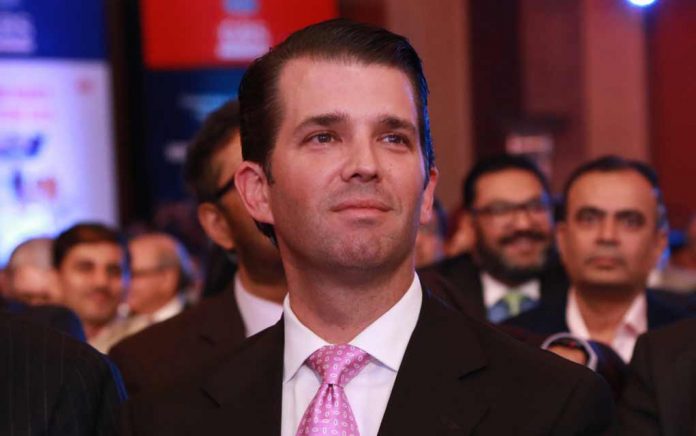 (ConservativeStar.com) – On Monday night, both President Donald Trump and his namesake son shared a video of a press conference with doctors speaking out against the response to COVID-19. Social media soon started pulling the viral moment off of their platforms, claiming it was full of misinformation. Then Twitter took it a step further and targeted Donald Trump Jr.

According to reports, after Don Jr. shared the video, Twitter limited his account functionality for 12 hours. His spokesperson, Andy Surabian, said the social media giant “suspending” the first son’s account for sharing the video of “medical professionals discussing their views on Hydroxychloroquine” is proof tech companies have too much power. He continued, calling it another example of “election interference.”

Don Jr. spoke to Fox News’ Tucker Carlson about the ban on July 28.

Great times with @TuckerCarlson last night discussing my recent twitter ban for posting a video of Doctors talking about hydroxychloroquine. Obviously there is no limit to what they will do to push their narrative. pic.twitter.com/fCmfnf5CbI

We now live in a society where tech companies are allowed to freely stifle the voices of people. And, while they are private companies, and technically allowed to regulate as they choose, the social media giants are supposed to apply their rules evenly. It sure doesn’t look like that’s the case. So, what are we going to do about it?