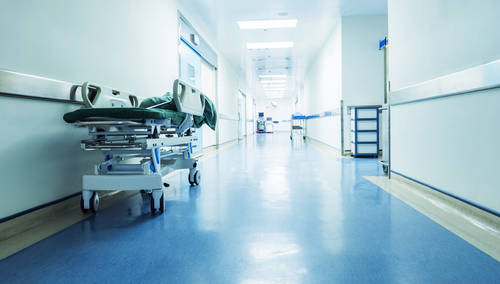 Two nurses were violently and senselessly taken from us at their place of work. Two hospital employees were killed in a shooting at Methodist Dallas Medical Center on Saturday morning.

A suspect was then confronted by a Methodist Health System police officer, who shot the suspect. The man was injured from the gunshot and Dallas police arrested him for Capital Murder.

At about 11:15 a.m., Dallas police responded to call about an active shooter at Methodist Hospital. When they arrived at the scene of the crime, authorities found two employees shot near the labor and delivery area. Both nurses died from their injuries that they sustained at the hands of the shooter.

Bystander Denise Jones says her father called her and told her to get back in her car and get as far away from the hospital as possible. She arrived at the hospital to visit her mother when she received this call from her dad, who barricaded himself in the room at the time of the shooting.

News cameras captured an emotional moment outside Methodist Dallas Medical Center on Saturday after the shooting. The deaths of the nurses and the fear for everyone else’s lives shook up all those that were present during the crime.

A heavy police presence was blocking off the area, and the hospital was on lockdown. Methodist Health System shared that they are heartbroken at the loss of two beloved team members. However, there is no ongoing threat to the public at this time.

The Texas Nurses Association said they are broken by the attack and hope that legislators understand the need to protect nurses. Baylor Scott & White Health also released a statement saying they are reinforcing safety measures and emotional support offerings across their health system. Many are grieving from such a tragic circumstance and a reckless loss of life.