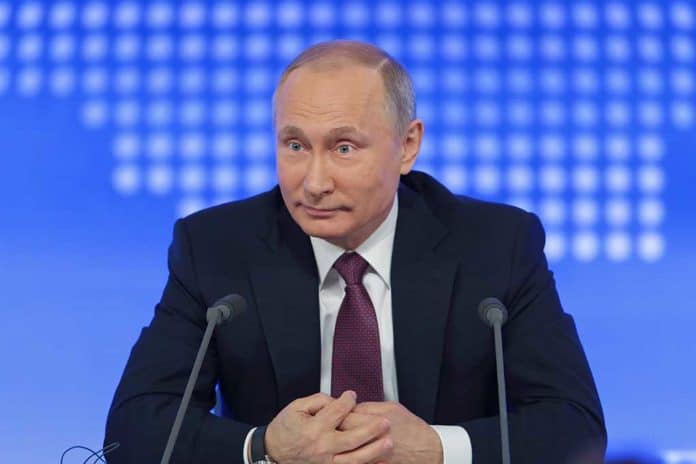 (ConservativeStar.com) – Russian President Vladimir Putin repeatedly warned NATO not to offer Ukraine membership in the alliance before he invaded the country in February. It’s a move both President Joe Biden and his predecessor, Donald Trump, have said is part of his desire to rebuild the Soviet Union or something close to it. Regardless of his motivations for starting this war, at least some American officials believe he has “achieved exactly zero.”

Pentagon spokesman John Kirby said the Russian president isn’t accomplishing anything at an April 6 press briefing. He then listed the things Putin has failed to accomplish as the Ukrainians forced Russian troops to withdraw from around Kyiv. Among other failures was Putin’s inability to capture the city itself, remove the government headed by Ukrainian President Volodymyr Zelenskyy, or erase the nation-state from the maps of the world.

While the Ukrainian comedian-turned-president has done a great job of rallying the people of his country against the invaders, one needs to remember that war is a fluid thing and can change quickly. According to NPR, experts are now warning that Putin’s forces seem to be regrouping and rearming for a potential offensive in the eastern part of Ukraine.

It’s also worth noting that Putin assigned General Aleksandr Dvornikov as commander of the Russian forces in Ukraine. He’s considered “old school,” having started his career in the Soviet Union. During his time in the Syrian theater, troops under him were often accused of committing crimes against humanity. His impact on the fighting remains to be seen.