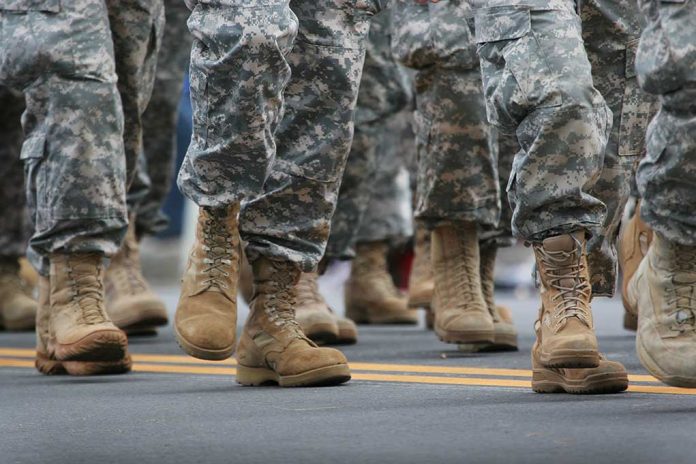 (ConservativeStar.com) – Every year the Heritage Foundation, a conservative-leaning think tank, publishes its Index of US Military Strength. This annual report is probably the most in-depth independent analysis of the US military. Unfortunately, the 2022 edition makes for uncomfortable reading.

We’re Not As Strong As We Think

According to this year’s Index, the US military’s ability to protect us from threats is a lot lower than it should be. The report rates each of the armed services by its readiness and capability, and overall the ratings aren’t good. The Army – the cornerstone of the military – is rated as “Marginal.” The Navy, which allows the US to project power around the world, is “Marginal, trending towards Weak.” Worst of all, the Air Force and the newly-created Space Force are rated “Weak.”

Only the United States Marine Corps is still graded as “Strong,” and the Marines are only capable of taking part in one major operation at a time. Government policy is that we should be able to fight two major operations near-simultaneously, and right now we would struggle to do that. The report rates our overall military capability as “Marginal.”

That’s worrying, because the report also evaluates the threats we’re facing. There are several of these, including rogue states like Iran and North Korea as well as “non-state actors” – terrorists and insurgents. Two stand out, though. Russia and China are the biggest challenges to US interests, and both are rated as having “Formidable” capabilities and “Aggressive” intent. The military itself defines a threat as capability plus intent, and that puts Moscow and Beijing squarely in the threat category. Unfortunately there are two of them, and we can only handle one at a time.

For 20 years, the Pentagon’s focus has been on the war against Islamic terrorism. Budgets and modernization efforts have gone into equipping light infantry forces for low-intensity wars in Iraq and Afghanistan, while most of the USAF’s fighters are 1970s designs. Heavy armored forces are using systems designed to fight the Soviet Army in West Germany 35 years ago. The report warns that while there was progress towards rebuilding capabilities in 2020, things didn’t go so well in 2021, and “the forecast for 2022 is gloomy given the level of funding requested in the President’s FY 2022 budget submission.”

The message is clear – if we want to rebuild our dangerously decayed military shield, that’s going to take money. Is Biden going to spend the money to make that happen?