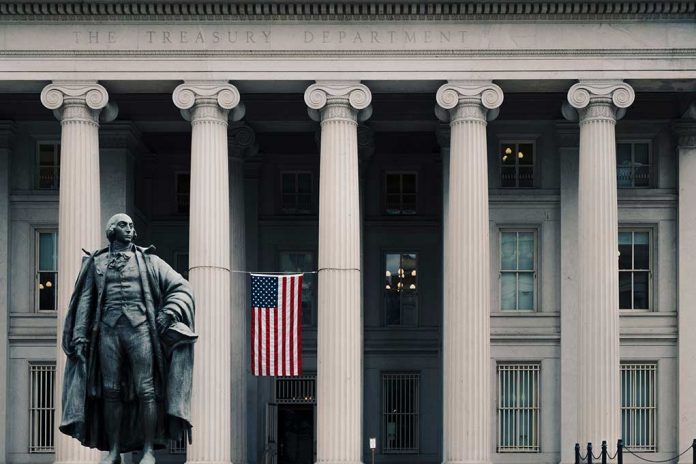 (ConservativeStar.com) – Jeffrey Epstein allegedly killed himself in his jail cell in August of 2019 while awaiting trial on charges of trafficking girls over the course of several decades. There are now reportedly about 100 people awaiting compensation from his estate, but a good chunk of the money has just been taken by a line jumper: the United States government.

An investigative reporter for the Miami Herald published an article on February 3, that reveals two payments of $95 million each were made to the US Treasury Department to cover the so-called “death tax.” The estimated value of the estate is somewhere around $600 million but fluctuates because assets, like his “little Lolita” Gulfstream G550 jet, don’t necessarily sell for their appraised value.

Settling the affairs of a person who was that rich is an exceedingly cumbersome and complex process and valuation of it is a moving target for many reasons. As is often the case, the taxman ends up claiming first dibs. This time he took almost 1/3 of the pot that could have gone to the victims of his and others’ perversions.