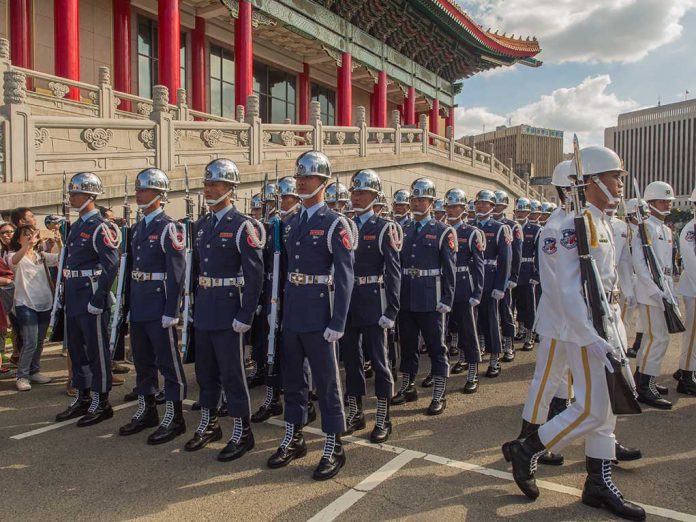 (ConservativeStar.com) – The Biden administration is publicly confused about Taiwan. Last week, the president announced that the US has a commitment to defend the island democracy against Chinese aggression, only for a White House spokesman to contradict that claim hours later. Taiwan, though, says it’s confident the US will back them if the communists attack.

Taiwanese president says China's threat is increasing and confirms the US has training troops on the islandhttps://t.co/AgiNVTVLLk

On October 28, President Tsai Ing-Wen told CNN that a small force of US troops is in her country training the Taiwanese armed forces. This isn’t a huge surprise, but it’s still significant. It’s the first time Taiwan has officially acknowledged a US military presence since 1979, when President Carter dropped diplomatic recognition of the country in favor of Red China and the American garrison was withdrawn.

President Tsai said the threat from China is increasing rapidly, but Taiwan has “a wide range of cooperation with the U.S. aiming at increasing our defense capability.” She also said she has “faith” that the US and other allies would come to Taiwan’s aid if China attacks. The Pentagon fears such an attack is likely in the next four to six years. But, recent escalations – Chinese warplanes have violated Taiwan’s air defense zone 145 times in October – mean an invasion attempt could come even sooner. If it does, Taiwan will be relying on the US to help defend its independence. Unfortunately, the White House is sending mixed messages about whether that help will come.