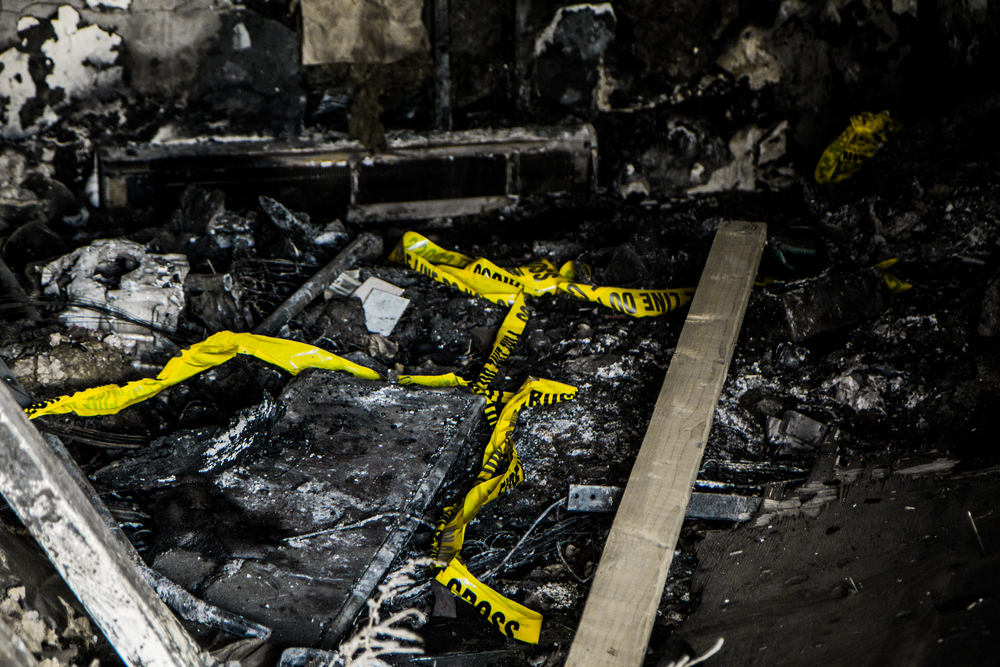 Tragically, a woman and two children have lost their lives in a devastating house fire in Kansas. According to authorities, the blaze was allegedly started on purpose by a survivor of the incident.

Kyle J. Tyler, aged 32 and of Holton, was detained shortly after being discharged from the hospital, due to questioning in relation to the fire that occurred on January 20th in Topeka.

Tyler has been accused of three accounts of first-degree murder, aggravated arson, and aggravated child endangerment.

Genny L. Fitzpatrick and two children, 9-year-old Peyton L. Tyler and 1-year-old Kourtney K. Tyler, have been declared as the victims of the fatal fire.

Firefighters arrived at the two-story house shortly before 5 a.m. to find it completely engulfed in flames and thick smoke. It was reported that four individuals were in the residence at the time the fire started.

Two individuals, one adult and one juvenile, were removed from a residence and brought to a nearby hospital. Unfortunately, the minor succumbed to their injuries and passed away at the hospital.

In addition, Genny Fitzpatrick and the older child were found dead at the scene of the fire. The death of the 9-year-old girl was confirmed by Topeka Public Schools in a message sent out to parents, as reported by WIBW.

Fitzpatrick and Tyler have both confirmed their relationship on their Facebook pages. City officials have been unable to confirm the relationship between Kyle L. Tyler and the victims of the incident, but they have noted that it was “domestic in nature.” A GoFundMe page has been created to help the family cover funeral costs.

Kyle L. Tyler is currently behind bars at Shawnee County Department of Corrections, according to authorities. It is not known if he has submitted a plea or appointed a lawyer to represent him.