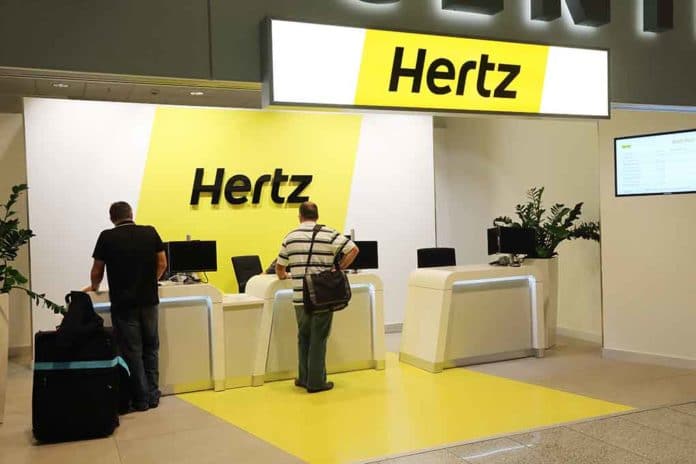 (ConservativeStar.com) – Kate Klonick is an assistant professor at St. John’s University School of Law and, as she put it in a now-viral letter, “a barred attorney in the State of New York.” Like many others, she is also a frustrated consumer. She recently took to her Twitter feed and detailed what she called “a Very Bad experience” with the Hertz rental car company just before the Thanksgiving holiday. The post has received more than 52,000 likes and has been retweeted around 10,000 times.

I had a Very Bad experience with @Hertz over Thanksgiving.

This is what happened & the letter I wrote. We are totally fine, & our Thanksgiving ended up wonderful, but I suspect this is a fraudulent business practice, & I want to give it visibility for those who don't or can't. pic.twitter.com/cr9haMSeXd

The New York City resident, her significant other, and her blind and deaf rescue dog planned to do what many others do for that particular day of the year, visit with family. She went to the company’s website and reserved a medium sedan to be picked up on November 1, 2021, at their Brooklyn – Barclays Center location for an agreed-upon rate of $414.93, including tax, for one week.

The three of them showed up at the appointed time at 12:00 p.m. to a line of about 15 people, which oddly enough is also the closing time of that location. The lone clerk stayed open until 2:15 p.m. but then closed the counter, leaving Ms. Klonick and two other customers in the lurch without the cars they had contracts for — on the Sunday before Thanksgiving.

At times during their ordeal, agents on the Hertz customer service line offered to book her another reservation at some ambiguous “other location” at a modified rate of mere $1,800 (more than four times the original contract). Not exactly helpful.

After spending the rest of that day and the following morning traipsing around the borough and out to LaGuardia Airport in Queens — and spending over $133 in Uber fees — the trio was finally able to procure a compact car for their trip. In addition to it being much smaller than the originally reserved vehicle, they also found the back seat covered in pet hair, the cupholders had not been cleaned, and the gas tank was nearly empty. All this for the low, low price of only $943.

As an attorney, Ms. Klonick and can easily work her way through Small Claims Court where she plans to continue the fight. What she really wants is for everyone to understand that contracts like this must be honored by both parties and if you experience the runaround (or is that drive-around in this case?) that she did, don’t take it lying down.