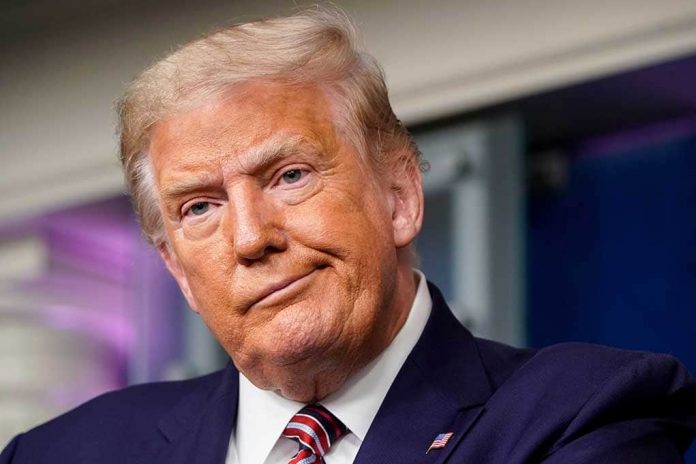 (ConservativeStar.com) – The social media companies, the self-proclaimed deciders of what is true or false perhaps unsurprisingly, did it again. On July 11, former President Donald Trump was the keynote speaker at the Conservative Political Action Conference (CPAC), in Dallas. However, If you weren’t lucky enough to be in attendance or catch it live in very few places, good luck finding it. YouTube has decided Trump is not to be seen.

The American Conservative Union (ACU), which sponsors the CPAC events, posted a video from July 9 where President Trump announced his class-action lawsuit against Silicon Valley giants Facebook, Twitter and Google (who owns YouTube). The video streaming service reportedly deleted it and sent the ACU account into cyber jail for a week. Chairman Matt Schlapp said it was “just another example of Big Tech censoring content with which they disagree in order to promote the political positions they favor.”

The week-long suspension meant that the organization was prohibited from showing any live content from the conference — including Trump’s keynote address on Sunday. In his speech, the former president tackled tough subjects like immigration and media censorship and didn’t pull any punches. He attacked RINOs like Mitt Romney and Liz Cheney and vowed to help Republicans take back the house and senate in 2022 and the White House in 2024. He even hinted at another presidential run in three years.

He certainly didn’t say anything worthy of being censored.

The US is supposed to be a country where the citizens are free to express their opinions, right or wrong, and be free from overbearing government intrusion directly or through agents. It seems that the Democrats and their leftist media cohorts have either forgotten or chosen to disregard that fact.