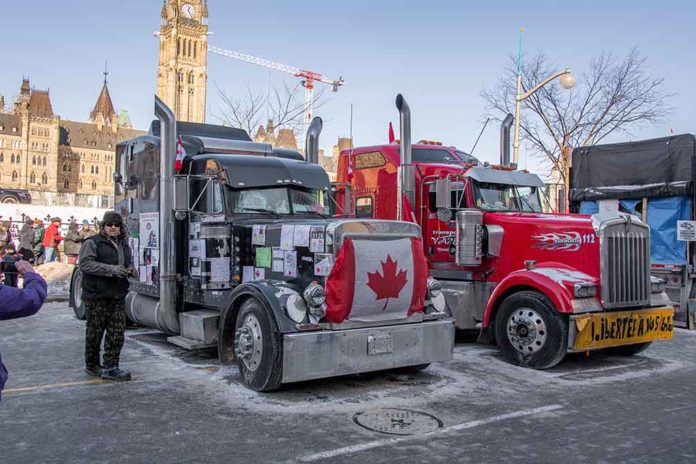 On February 17, Lich, who was responsible for creating the GoFundMe account to support the Freedom Convoy, was arrested and charged with counselling to commit mischief. Police also arrested Chris Barber, another prominent leader in the protests, the same day, but he was released on bail on Friday and ordered to leave Ottawa.

According to the Canadian Civil Liberties Association, the Emergency Act has a very limited scope. One of the emergency powers available to the PM and his cabinet is the ability to disrupt funding for groups, but he must consider them a terrorist organization. That includes focusing on crowdfunding platforms to prevent money from making it to the protesters as well as freezing their bank accounts — without the need for any court approval.

Lich is still in jail pending a decision about bail. However, she has said she has few assets and her bank account has been frozen.