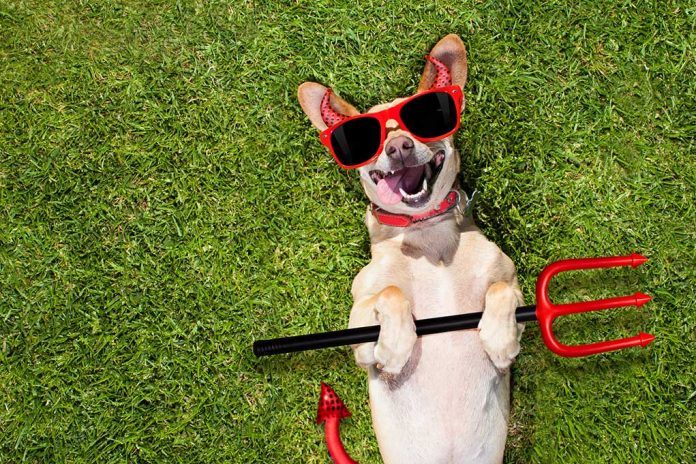 (ConservativeStar.com) – In the current climate of Right vs. Left in the political realm and across the United States, there’s one item that everyone can agree on — dogs rule. Carrying on a tradition that started in 2017, Congress held a “bipawtisan” dog party on October 27 in celebration of Halloween.

US Congress members and staff bring their dogs to work dressed in Halloween costumes for the annual Congressional Dog Costume Parade on Capitol Hill in Washington, DC

The event was a nice break from the current tension among Democrats and Republicans regarding infrastructure negotiations and other issues facing the country. Speaking of the event, Senate Majority Leader Chuck Schumer (D-NY) joked, “Thank God we got this one through.”

Senator Mitt Romney (R-UT) dressed his dog up as Pierre Doglecto to poke fun at his previously secret Twitter alter ego, while another donned their dog in a “Tax the Cats” costume to lighten the mood. Nancy Pawlosi took her seat at the desk to work on the Build Bark Better plan, and Senator Kyrsten Sinema’s doppelganger wore a pink “dangerous creature” shirt to represent the sweater she previously wore on the Senate floor.

Although lawmakers skipped the annual gathering last year due to the coronavirus, this year was a success, and both sides welcomed it as a chance to unite — if only for the sake of the dogs.