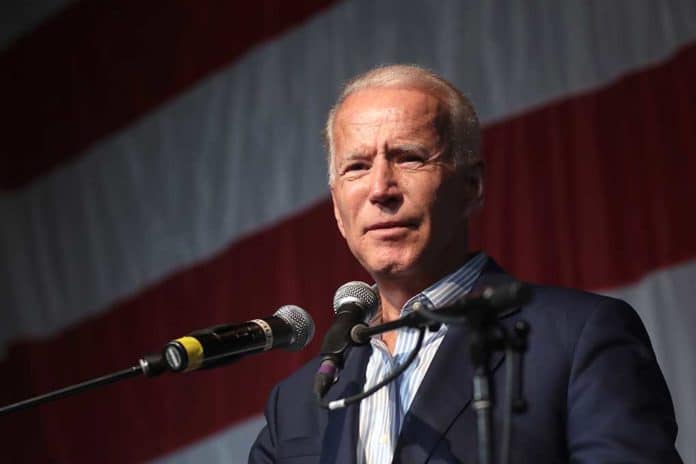 (ConservativeStar.com) – The Biden administration is known for its inconsistent messages to the American people. The latest example relates to our support for Taiwan. President Biden said one thing while his press secretary seemed to contradict him. Now, some in Congress want to know which one is telling the truth.

During a CNN town hall meeting back in October, host Anderson Cooper, following up on an audience question, asked President Joe Biden if he was saying that “the United States would come to Taiwan’s defense if China attacked,” and Biden responded, “yes… yes, we have a commitment to do that.”

Almost immediately, White House Press Secretary Jen Psaki tried to walk back that statement. She said the administration is still committed to the 1979 Taiwan Relations Act, which states the United States would provide self-defense equipment but not necessarily directly intervene.

In an opinion piece in the Washington Examiner, Representative Pat Fallon (R-TX) pointed out that this is not just a mental exercise. He noted the People’s Liberation Army Air Force from China has flown over 800 sorties into Taiwan’s Air Defense Identification Zone (ADIZ) over the past year. Fallon expressed the obligation the United States has “to prevent the collapse of Taiwan” because of the principles of freedom the two countries share. Representative Ami Bera (D-CA) echoed the sentiment.

Last week, I published an op-ed in the Washington Examiner explaining why the United States must make a firm decision and show the world America’s unwavering commitment to protect Taiwan’s sovereignty.

A common thread in the response from many in Congress is that preventing an all-out war and our participation in one, is a priority. In her Washington Post op-ed piece, Representative Elaine Luria (D-VA), while agreeing with the need for support, suggested giving the president a “narrow” pre-authorization to use military force.

Senator Josh Hawley (R-MO) has another idea he thinks will work. He has introduced legislation to financially support Taiwan by sending them $3 billion per year to shore up their defenses. However, he wants to be sure its leaders understand the money doesn’t come with the assurance the US will be the ones doing the defending.