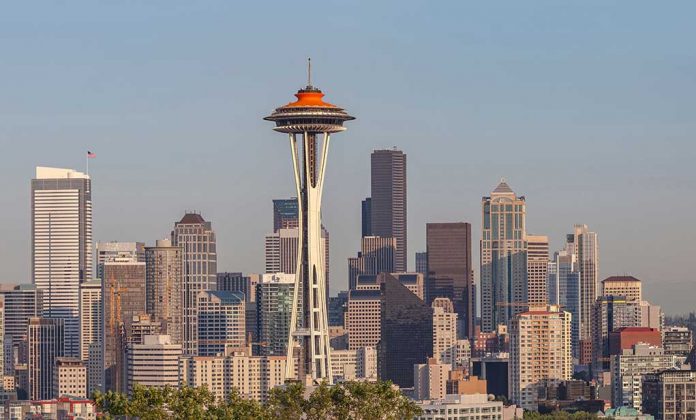 (ConservativeStar.com) – The race for City Attorney in Seattle would seem to be completely insignificant in the scheme of national politics. However, considering the ideology of extremely far-Left candidate Nicole Thomas-Kennedy (NTK as she often uses), the race is an experiment-in-miniature of potential voter trends. This reality is why the endorsement of her Republican opponent by two former Democrat governors is so important. It helps gauge how concerned Moderates in the party are about hyper-Progressives.

On Tuesday, September 28, Christine Gregoire and Gary Locke — both former governors and Democrats — threw their support behind Republican candidate Ann Davidson. In a joint statement, Gregoire and Locke said, “The policy choice could not be clearer in this race. Abolishing jails, abolishing the police, and ending the prosecution of nearly all misdemeanor crimes, including shoplifting, domestic violence, and gun offenses, would make the people of Seattle less safe…”

"What I can't let go by is a person who believes in anarchy": Former Governor Christine Gregoire (D) endorses Republican @NeighborsForAnn in critical Seattle City Attorney race, rails against long list of troubling tweets from abolitionist @ntkallday. More on #FOX13 at 4/5pm. pic.twitter.com/T6YnHoAq0y

Of greatest concern is Thomas-Kennedy’s “police abolitionist” rhetoric. She has scrubbed most of her past tweets highlighting her point of view, but as many people have learned, what’s on the Internet is generally around forever, and local ABC affiliate KOMO has brought some of them back to light.

"Pigs," "Nazis," "losers," "stains on humanity," is how Nicole Thomas-Kennedy describes Seattle police officers after controversial tweets have resurfaced. She is running for Seattle City Attorney.

The former governors’ statement paints a very different view of Davison, saying they believe she would create a balance between compassion and the safety of the city’s neighborhoods.