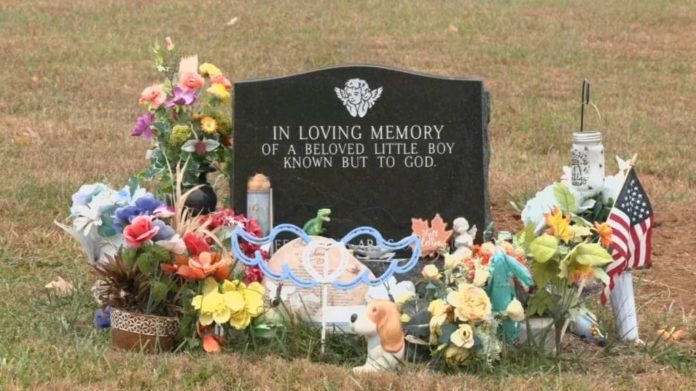 Indiana State Police identified the boy found in a suitcase dumped on the side of the road in April as 5-year-old Cairo Ammar Jordan. A murder warrant was issued for the boy’s mother, Dejaune Anderson.

Police say Anderson is the mother of 5-year-old Cairo Jordan, who was found stuffed into a suitcase in April. Anderson and her accomplice Dawn Elaine Coleman, 40, were arrested in California on October 14th. Anderson and Coleman were identified as suspects after their prints were found on the trash bag containing the boy’s remains.

The probable cause affidavit says Anderson and Coleman had been making social media posts about the child for months. Anderson posted on Facebook that Jordan was a “whole demon in a child body” and that she was “full of gifts and magical rites stronger than many of you.”

Police say Anderson’s car was captured on camera driving south on the I-65 bridge from Indiana into Kentucky on the same day Cairo’s body was dumped. Police said Cairo was never reported missing, had no significant external injuries. Investigators say he likely died from an electrolyte imbalance, most likely due to vomiting and diarrhea, leading to dehydration.

Anderson was arrested on a 2nd degree robbery charge and released on her own recognizance, but never showed up for her court appearances.

The child’s shattered father posted a photo tribute to his son on Instagram, saying that he had spent the past three years searching for Dejaune Anderson and Cairo. Vincent Jordan said his wife disappeared with their son in 2017 and smothered him, putting his body in a suitcase and throwing him on the side of the road.

A woman rallied the community together to bury a boy in Crown Hill Cemetery. She sold T-shirts to pay for a proper service and added his name to the headstone.