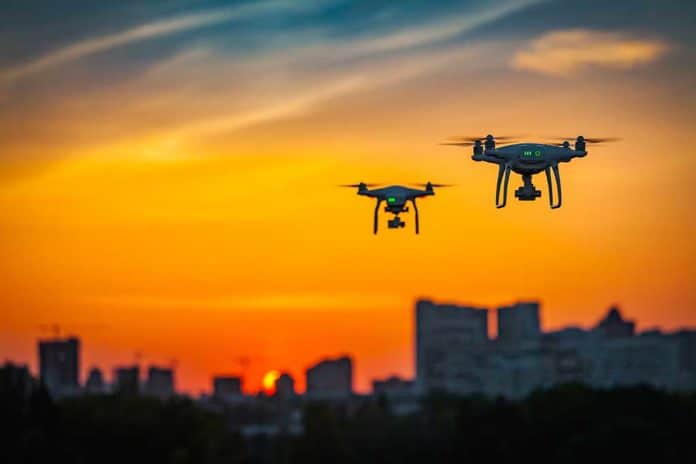 (ConservativeStar.com) – A 71-year-old Swedish man had an extra reason to celebrate at Christmas – in early December a drone saved his life. It’s a first for new life-saving technology.

On December 9, an elderly man in Trollhättan, Sweden, was clearing snow in his driveway when the effort of shoveling turned out to be too much for his heart, and he suffered a cardiac arrest. Luckily for him, Dr. Mustafa Ali was driving to work when he saw the man collapse outside his house. He ran to help – but he didn’t have a defibrillator with him, and unless the patient’s heart can be restarted quickly, a cardiac arrest is invariably fatal.

While Dr. Ali was trying to restart the victim’s heart, another passerby came along, and Ali asked him to call the 112 emergency number. That’s when technology dramatically intervened. “Just minutes later, I saw something flying above my head,” Ali said. “It was a drone with a defibrillator!”

The mechanical guardian angel was a new craft developed by Swedish company Everdrone. The company operates its own dispatchers and a fleet of drones that can rapidly deliver equipment to emergency scenes – and, when the 112 dispatcher contacted them, they rushed a defibrillator to Dr. Ali. With the vital device in his hands, he was able to shock the patient’s heart back into action, saving his life.

The man has now fully recovered and returned home. He’s delighted and grateful for Everdrone’s new technology, and told reporters, “If it wasn’t for the drone I probably wouldn’t be here.”