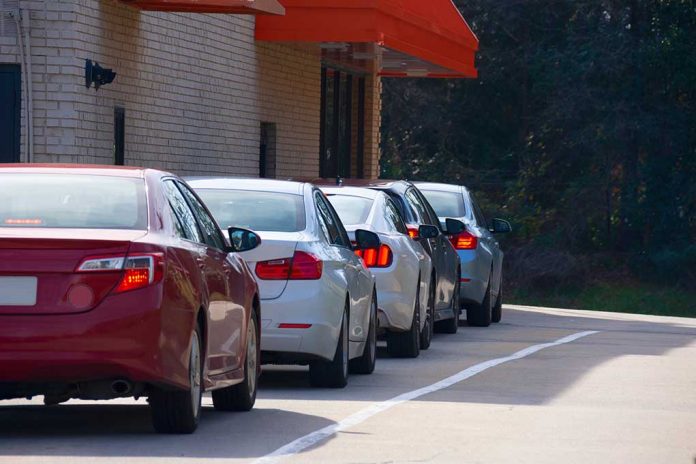 (ConservativeStar.com) – Doctors have warned Americans for decades that fast food can be bad for their health, and even deadly. And, as if the health effects of fast food aren’t enough to worry about, workers in the industry are, apparently, not safe from customers.

On August 22, Deona Harris got her feathers ruffled when she felt it took too long for workers at a Memphis, Tennessee, KFC to complete her order. After exchanging some words and hurling beverages, she allegedly took things too far by pointing a 9mm Ruger at several employees and bystanders. Police arrived on the scene and eventually took her into custody after officers located a handgun in her car.

Woman Pulls Gun on KFC Drive-Thru Staff After They Took Too Long With Order https://t.co/9aKU7MqDK6

In early June, there was a more serious shooting at a Burger King in Memphis. Keona Halliburton and Tavarus McKinney apparently thought there was too much hot sauce on a spicy chicken sandwich. They allegedly opened fire, wounding two people and putting others in danger. Now, both are facing four counts of attempted first-degree murder, among other charges.

Davion Guillory and Treykia Cohen face charges of aggravated assault with a deadly weapon in relation to an incident at a Houston, Texas, McDonald’s. They allegedly pulled a gun on employees because of the amount of salt on their french fries.

There are many other examples of fast food-related violence from around the country. With workers in the industry already feeling undervalued, these incidents could quite easily add to the difficulty restaurants are having finding employees.