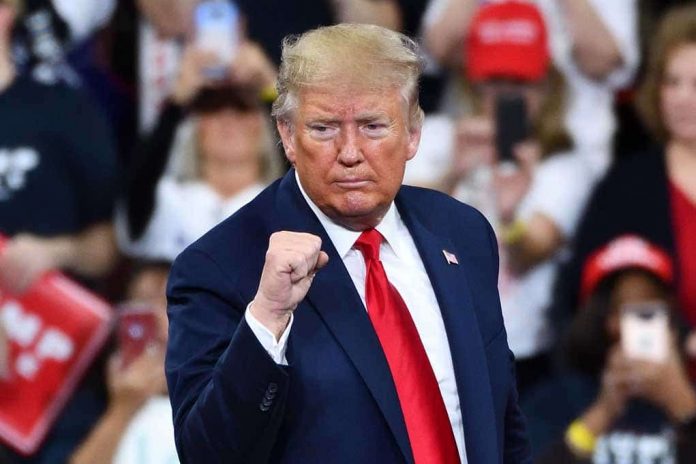 (ConservativeStar.com) – Donald Trump may now carry the title of “former president,” but his name still wields immense weight with Republican voters. In fact, a recent Reuters/Ipsos poll published on April 5 shows that an overwhelming number of people in the party (81%) still view him favorably.

Trump is continuing to leave his imprint on the Republican Party with a series of endorsements well in advance of next year’s midterm elections.

But it’s not all about ideology.

He's given support to GOPers who were loyal to him during his WH tenure. https://t.co/hmVwpQBRHo

He sat for his first interview since leaving office with Fox News personality Sean Hannity, telling him that his popularity has led to, as President Trump said, “almost everybody I endorse [winning].” In just one example, Senator Tommy Tuberville (R-AL) owes his victory over Jeff Sessions — who once held the seat for 20 consecutive years — in large part to the endorsement he received.

Trump’s stamp of approval on Senator Mitch McConnell’s (R-KY) 2020 reelection bid gave McConnell the boost he needed to win that fight, according to the ex-president. Only time will tell, of course, but it’s hoped that he can help the Republicans retake both houses of Congress in 2022.