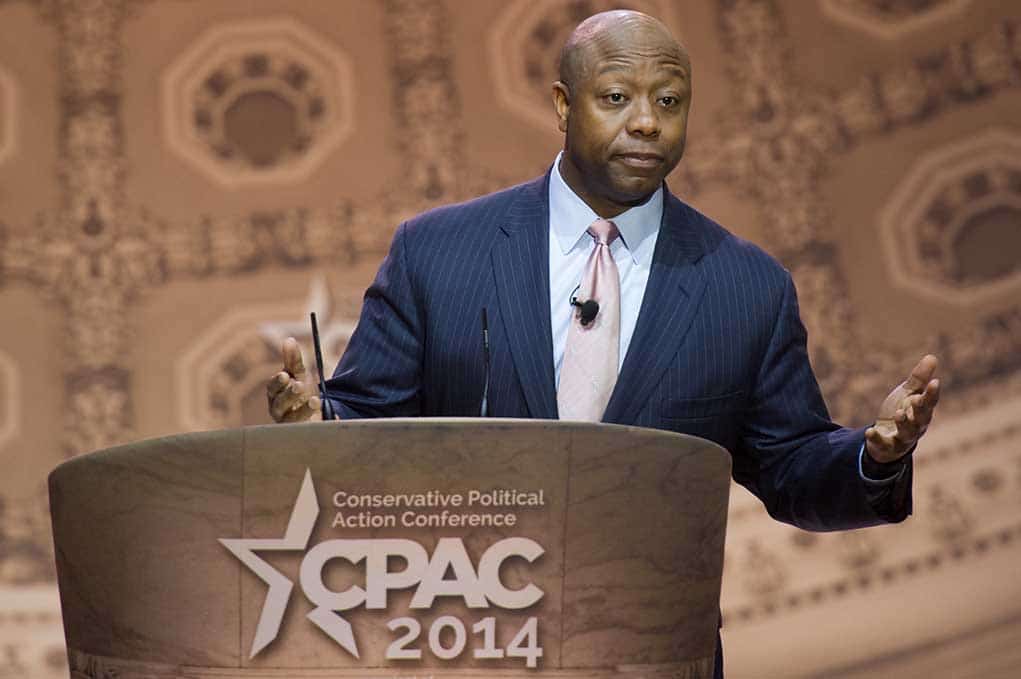 (ConservativeStar.com) – While the Liberals continue to use their razor-thin margins in both houses of Congress to push through legislation with little or no regard to Republican opinions, they are being forced to negotiate on one topic: police reform. One major aspect of the process is the Left’s continued insistence on defunding local police departments and demonizing the officers who work there, and Senator Tim Scott (R-SC) is leading the charge to curb the practices.

Racial tensions had been simmering in America for several years. But on May 25, 2020, they boiled over explosively and violently. That was the day that George Floyd died while in the custody of (now-former) Minneapolis police officer Derek Chauvin, and a cell phone video of the event blew up the Internet.

Scott went on, accusing the Democrats of continually fighting to defund the police and said it does not stop that the nation will see “violent crime spikes, murder spike…” In fact, that is already happening and places like New York City, Baltimore, Maryland, and Oakland, that are reversing some — or even increasing — the amount of money previously removed from budgets.

Throughout the summer of 2020, protests across the United States that were seemingly put together as peaceful events quickly turned to riots and so-called “autonomous/no police zones” were established in Portland, Oregon, and Seattle, Washington. Liberal politicians and mainstream media put great effort into trying to convince the country that far-Left groups, such as Antifa and Black Lives Matter (BLM), were not the cause of the violence.

Unfortunately for them, Voice of America News ran an article titled “Anarchist Groups Tied to Riots in 4 US Cities”, which referenced a white paper presented by Rutgers University entitled “Network-Enabled Anarchy”. The paper reported that “anarcho-socialist” groups use tactics similar to Islamic Jihadists, and they found evidence “that both militia and anarchist networks” played a part in securing the autonomous zone.

The Democrats are fighting tooth and nail to make sure that their attitude toward the police shapes the basis for any reform legislation that may eventually be enacted. Fortunately, some Republicans are pushing back and reminding them that the lack of police on the street is causing black citizens to suffer as well.