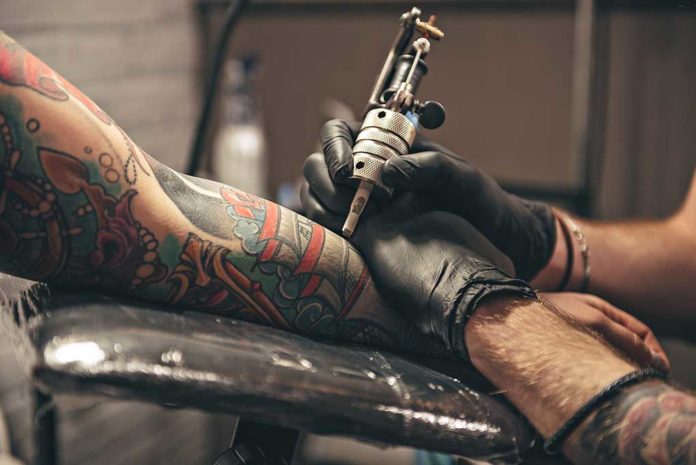 (ConservativeStar.com) – The story of Holly Holliday can be a cautionary tale for those wanting to ink up, even for people who have multiple tattoos done by the same artist. Holly was going through a breakup with her husband when the man who had done other work on her offered her some ‘ink therapy’ for free. For those who are thinking about the old adage “you get what you pay for,” Holly is wishing she’d had the same instincts.

Living in a small town, it’s not unusual to see people running businesses out of their homes instead of renting a storefront somewhere, and having worked with this artist before, Ms. Holliday thought nothing of sitting in his basement chit chatting before getting the work done. She showed him a picture of a stack of books with flowers placed in certain areas and asked for something similar. What she got, as one commenter on her TikTok video put it, “looks like something a child drew.” See for yourself:

Woman livid as her arm is 'ruined' by botched tattoo that looks 'like a child drew it' https://t.co/UZ73omQQ7A pic.twitter.com/vpFxSldRjh

Holly explained that soon after the artist picked up his ink gun and started working, his words became slurred and his head began to droop. At this point, she became somewhat panicked — and justifiably so. What she ended up with was an almost random series of lines and squiggles.

Fortunately, many places do laser tattoo removal around the country. Unfortunately, it can be quite expensive, depending on the size and the color of the ink. The removal of large multicolor tattoos can easily run into five figures leaving one’s bank account. Guess Holly should be glad her’s is simple by comparison.