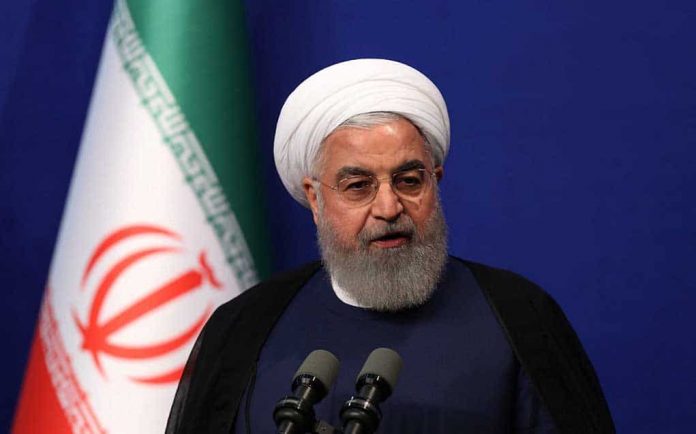 (ConservativeStar.com) – Doing the same thing repeatedly and expecting different results is the definition of insanity most often attributed to Albert Einstein. This pretty well describes the rest of the world’s attitude when it comes to Iran. The international community has tried on numerous occasions to stop the country from building nuclear weapons. But despite their 2015 agreement on the matter, the nation has stockpiled more than 12 times the maximum amount of uranium according to a November 12, 2020, BBC article.

Rafael Grossi, the head of the International Atomic Energy Agency (IAEA), met with officials in Tehran in yet another attempt to encourage compliance. However, information published on February 21 indicates there’s actually going to be a step backward. Iranian Foreign Minister Mohammad Javad Zarif announced that the UN agency’s inspectors will no longer be permitted to view the footage recorded by cameras located within the enrichment facilities.

Iran's Foreign Minister said the cameras of the International Atomic Energy Agency would be shut off despite Grossi's visit to follow a law passed by parliament. https://t.co/0oWFxbbzfx

The Israeli government has expressed concerns about them obtaining nuclear weapons if the United States reenters the agreement made under President Barack Obama’s watch. Given the treatment of the Jewish state by that administration and the new one, those fears may be well-founded.