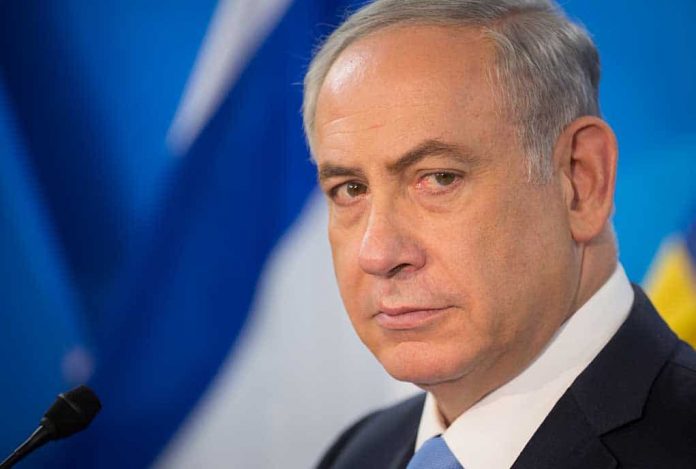 (ConservativeStar.com) – President Joe Biden has been in the White House for a month and in that time, Democrats have shown their willingness to snub any overtures by Republicans based on his campaign promise to unite America once again. Perhaps it’s no surprise then that he would deliver a deliberate slight to the strongest ally the United States has in the Middle East.

Former President Donald Trump has garnered several nominations to receive the Nobel Peace Prize because of his work to help ease the decades-long violence in the region. His diplomatic efforts saw Saudi Arabia, Morocco and Bahrain, agree to begin the process of normalizing relations with Israel.

Biden, on the other hand, had to be publicly called out by the Jewish state’s former ambassador to the United Nations Danny Danon for failure to simply pick up the phone and call Prime Minister Benjamin Netanyahu. In his tweet, he listed 10 other countries he had already called — including Russia — and then quite helpfully provide him a phone number to call.

@POTUS Joe Biden, you have called world leaders from#Canada#Mexico#UK#India#France#Germany#Japan#Australia#SouthKorea#Russia
Might it now be time to call the leader of #Israel, the closest ally of the #US?
The PM's number is: 972-2-6705555 pic.twitter.com/OYgPvVga6F

An op-ed that ran in the Washington Post acknowledged that this may have been a show of disdain for the PM but that it was no less than he deserved, at least from the point of view of the aforementioned high-handed Democrats. Their pettiness has a very familiar source, he has “a long history of allying himself with U. S. [sic] Republicans,” and that he proclaimed President Trump “the greatest friend that Israel has ever had in the White House.”

Not a First for Biden

Former-President Barack Obama and Prime Minister Netanyahu did not have the most cordial relationships. Then-VP Biden delivered a very public slap to the face to the PM and the entire country.

In March 2010, he was in the region for meetings with Palestinian officials and the Israelis with a dinner planned his honor with the Jewish leader, when a diplomatic row flared up between the two. Instead of keeping an even keel, Biden waited to arrive at the event for a full 90 minutes and also delivered a sharp rebuke.

The new administration is wasting no time in dismantling much of what President Trump accomplished in his four years in office with Biden putting his signature on a flurry of directives to do so. The Liberals spent much of that time spewing hatred that divided this country and now that they’ve gained almost total power, it seems they plan to punish anything associated with the last president.