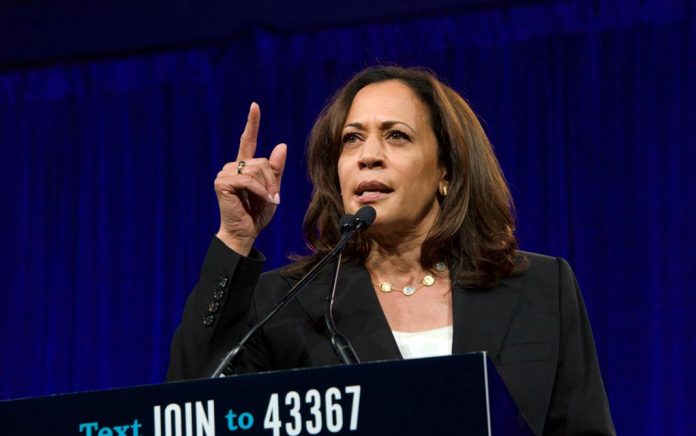 (ConservativeStar.com) – On August 12, news outlets consistently repeated the claim that vice presidential candidate Sen. Kamala Harris (D-CA) is a pragmatic moderate candidate. If advocates for the Democratic ticket mean “pragmatic” in the sense she’ll be whatever they want her to be, then yes, that’s true. However, that’s neither Harris’ legislative record as a US senator, nor her outspoken policy positions.

Biden recently stated he’ll be the most progressive president in the history of the United States. If that’s the case, why would he ask a moderate to join his Liberal candidacy?

According to the government watchdog GovTrack, Harris is rated as the number-one most Liberal senator based on her voting record. Does that sound like a moderate?

She advocates for late-term abortions, the Green New Deal and Medicare-for-All. She also believes a Catholic should not serve on the Supreme Court, attempts to criminalize those who don’t agree with climate change and wants to repeal the NRA’s corporate gun manufacturer and dealer immunity bill. Finally, Harris wants to provide free healthcare to illegal immigrants.

None of these facts stopped the New York Times, ABC News, and CNN from parroting the line that Harris is a moderate Democrat. If they believe that, then there’s a bridge for sale in the flatlands of Kansas.