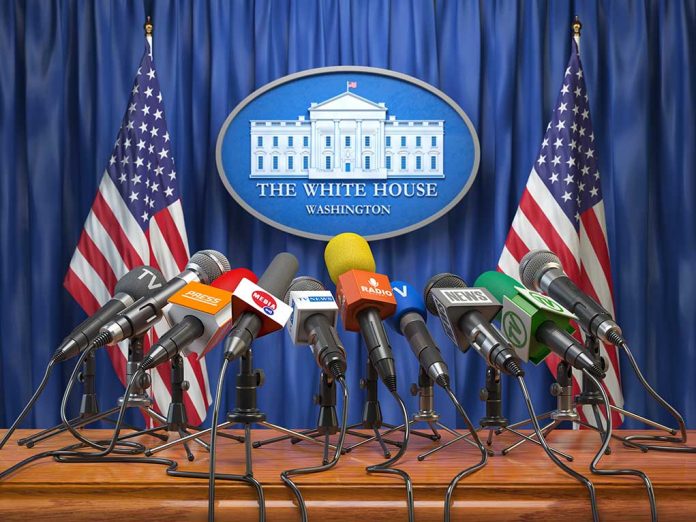 (ConservativeStar.com) – Democrats and their Leftist media allies who have been hard at work rewriting history, seem to be failing when it comes to another subject: current events. White House Press Secretary Jen Psaki recently tried to twist the “defund the police” movement of the Left and blame it all on the Republicans.

That's because there wasn't a single Republican who called for defunding police.

That was a concept exclusive to Democrats who openly pushed for it right up until they saw how poorly it polled. https://t.co/QToCDVwce4

Psaki seems to have forgotten the tweet by the highly controversial Representative Rashida Tlaib (D-MN) on April 12, that ranted “[n]o more policing, incarceration, and militarization. It can’t be reformed.” Or, that fellow Squad member Representative Ilhan Omar (D-MN) in a December 1, 2020 Twitter response pushed back against former President Barack Obama’s characterization of the idea as a slogan writing “it’s not a slogan but a policy demand.”

While publications like the Washington Post are busy taking the press secretary’s comments and massaging misleading statistics into grand sweeping literary masterpieces, the pure fabrication cannot be ignored. It was a foolhardy notion from the beginning and the Democrats have finally gotten that into their heads. So now it seems they are trying to convince their rank-and-file that the truth is a lie. Remember when they used to accuse former President Donald Trump of gaslighting Americans? The irony.