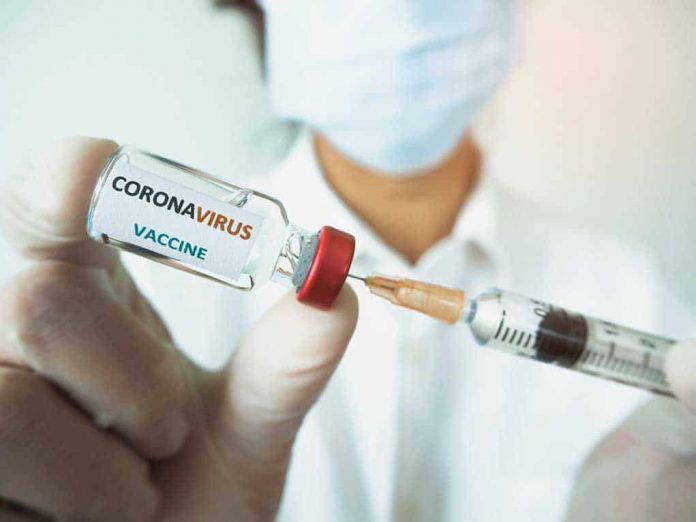 (ConservativeStar.com) – A group of Oregon workers faces a stark choice after a federal judge threw out their objection to the state’s vaccine mandate last week. Now, their only alternatives are to accept a shot they don’t need — or risk unemployment.

On October 19, Oregon’s US District Court heard an emergency motion from seven residents who say the controversial vaccine mandate imposed by Governor Kate Brown (D) is forcing them to get the vaccination or lose their jobs — despite having already had COVID-19. In her opinion, US District Judge Ann Aiken claimed that the harm faced by the plaintiffs was less important than “the interests and needs of the State of Oregon.”

Unvaccinated Oregon workers who had covid-19 argued they don’t need a vaccine. A judge denied their request. https://t.co/g7fp6bVMkM

Judge Aiken says there is no constitutional right to refuse a vaccine and insists the benefits of workers receiving the jab outweigh the harm done to those who refuse. In this case, though, she’s ignoring the fact that, as COVID survivors, the plaintiffs already have antibodies the vaccine is supposed to produce. She’s also ignoring their right to decide what goes into their own bodies. Aiken might not think forcing them into a choice between getting the vaccine and being fired is a big deal, but in these worrying times, most Americans would disagree.