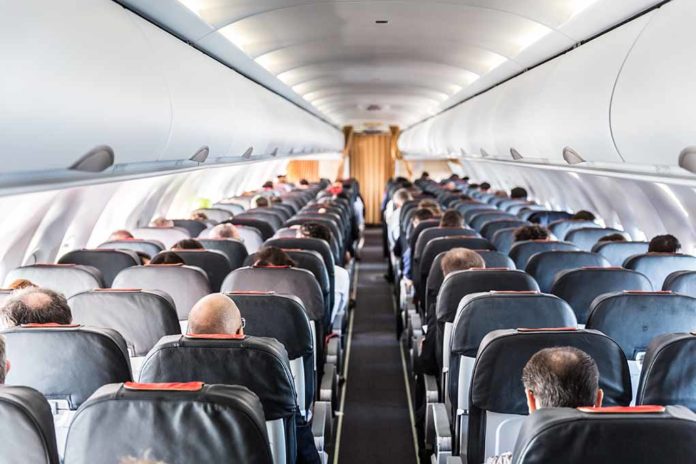 (ConservativeStar.com) – Over the last two years, face masks have become a reality for people worldwide. While many mandates for wearing them in public have been overturned or expired, airline travel is one area masks are still required in the United States. The TSA will make you don one before stepping onto that plane, unless you have a medical reason you can’t wear one. At least that’s how it’s supposed to work. For one father and son, that’s not what’s happening — and the Supreme Court isn’t helping.

Michael Seklecki is a Florida father who needs to take his 4-year-old autistic son (“MS” in court documents) to Boston Children’s Hospital roughly every two weeks for treatments for severe illnesses. The boy is medically unable to wear face masks for long periods of time. The pair have been refused passage on airlines twice because of this, and according to the father, they have both been permanently banned from flying Frontier Airlines.

With another appointment looming and a lawsuit mired down in the system, he filed an emergency appeal with the Supreme Court that went to Chief Justice John Roberts for consideration. Justice Roberts denied the motion without referring it to the full court and without giving his reasons for doing so.

Roberts, in his ruling, didn’t comment on the lawsuit or his order. https://t.co/SMn8OdQHEH

Seklecki’s case is one of several lawsuits pending against the TSA regarding the mask mandate. The government is seeking to consolidate them, which is why there’s been no recent activity on his. Seklecki has notes from his son’s doctors saying this is a legitimate medical issue, but he’s been told that it’s insufficient.

The United States Department of Transportation website clearly says that a person with a disability who cannot wear a mask is exempted from the regulation. The airlines’ refusal to recognize this is putting the Seklecki family under a great amount of pressure, as if worrying about a sick child isn’t enough.