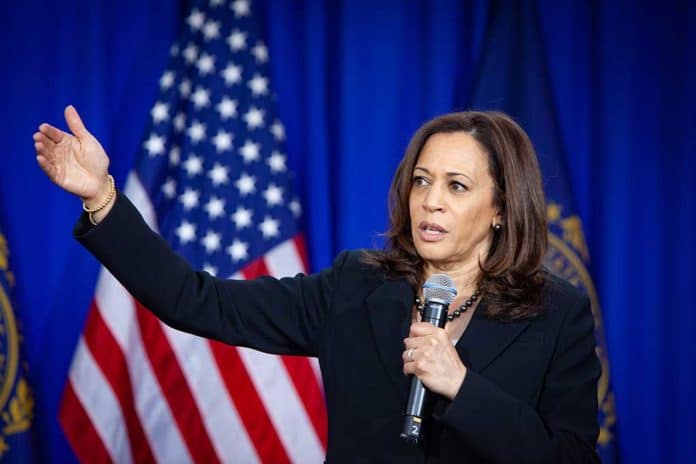 (ConservativeStar.com) – Vice President Kamala Harris tried to restore her reputation last week with an interview on Good Morning America, but the attempt backfired badly on her. Harris has failed at her one big job, admitted that failure, and can’t shift the blame.

On November 18, the vice president appeared on the ABC show and spoke to host George Stephanopolous. Harris, who’s now polling as the least popular VP in history, is desperately trying to rebuild her position, but she’s not doing a great job.

VP Kamala Harris on surge in illegal border crossings at the U.S.-Mexico border:

“We can’t just flip a switch and make it better … we inherited an immigration system that is deeply broken.” pic.twitter.com/klmUygu73J

When the discussion turned to the crisis at the Mexican border, which Harris has been in charge of since March, the hapless VP admitted any improvement is “not going to be overnight.” In fact, since the Biden administration took over, illegal immigration has spiraled out of control.

Harris tried to shift the blame to former President Donald Trump, claiming “we inherited a system… that was deeply broken.” In fact, Biden and Harris inherited a system that worked, thanks to cooperation between Trump and the Mexican government. Then they broke it, by ending the Remain in Mexico policy and allowing a flood of migrants across the border. Now, they’re trying to blame their failure on Trump – as always. That’s the standard tactic for the Biden administration, but it’s starting to get old now.