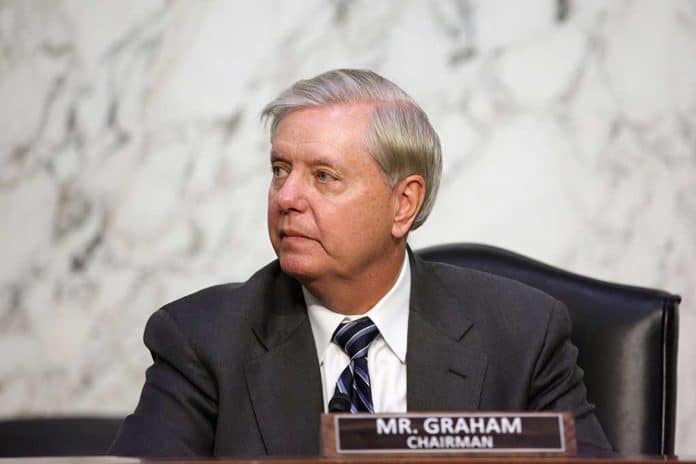 (ConservativeStar.com) – A GOP senator has delivered a devastating verdict on the Biden administration, comparing it unfavorably to Jimmy Carter’s notorious presidency in the late 1970s. Significantly, it’s coming from a Republican who’s always had a good relationship with Biden in the past.

Talking to Fox News on November 11, Senator Lindsey Graham (R-SC) blasted President Biden for the chaotic withdrawal from Afghanistan in August. Graham stressed he’s always gotten along with Biden personally, calling him “a decent man,” but continued, “Joe Biden has been the most incompetent president in my lifetime on foreign policy, worse than Jimmy Carter.”

Graham said the president doesn’t understand terrorism and doesn’t realize that keeping a presence in dangerous regions is necessary to keep us safe.

Although Graham and Biden have been friends for decades, the senator said he could never forgive him for what happened in Afghanistan. “He has blood on his hands,” he said, warning that the withdrawal increases the risk of another 9/11-style attack.

Graham went on to praise former President Donald Trump’s strategy of withdrawing US combat troops from Afghanistan but leaving enough forces in the country to hold the government together.