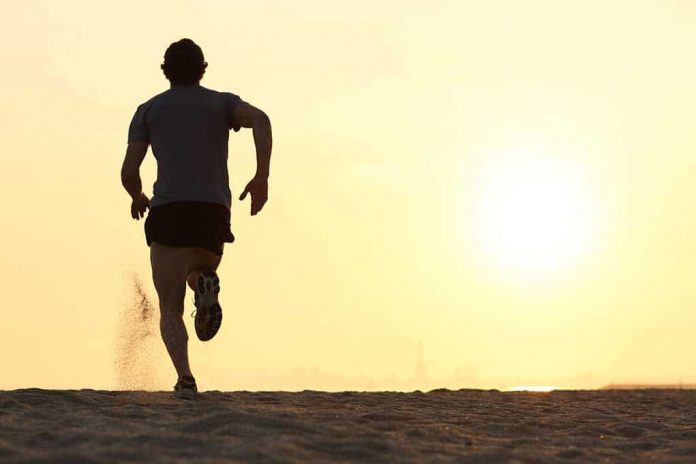 (ConservativeStar.com) – While reading this article, imagine a man belting out the lyrics “this is my quest/ to follow… that star/no matter how hopeless/no matter how far.” That would be Don Quixote singing “The Impossible Dream” from The Man of La Mancha. That might be the soundtrack that played through the mind of Reza Baluchi as he rode his noble steed…hamster wheel?!?…across the land…ocean?!

Yes, Mr. Baluchi constructed what he calls a “hydro pod bubble,” in the attempt to make a long-distance trek across the waves of the Atlantic Ocean. On July 24, he intended to go from Saint Augustine, Florida to New York City. Unfortunately, he had only managed to go 30 miles — and those in the wrong direction — before he had to abort his mission.

Extreme athlete Ray 'Reza' Baluchi planned to spend the next three or four weeks on the Atlantic Ocean "walking" from Florida to New York in a hamster wheel-like vessel, but things didn't go to plan. #9Newshttps://t.co/DQMHFMZ5yq

Baluchi bills himself as an “extreme athlete.” According to his website, he rode his bicycle nearly 50,000 miles in a 7-year span crossing 55 countries on 6 different continents. He’s also walked the “perimeter” of the United States, taking 202 consecutive days to cover more than 11,700 miles. This wasn’t his first attempt on the Atlantic Ocean. He made several failed attempts (2014 and 2016) to walk his bubble from Florida to Bermuda and if his website is any indication, he’s planning another one.

Baluchi says he’s not doing this for personal glory, but rather to spread a message of world peace and to benefit children in need. After his walk around America, he took money raised from donors and sponsors and donated it to The Children’s Hospital of Denver. And that really leaves only one thing to say: “Run, Reza, run!”