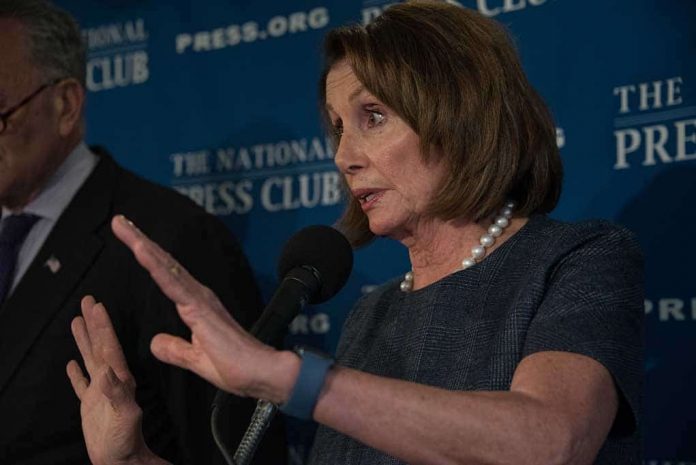 (ConservativeStar.com) – Presbyterian minister Rev. Pat Mahoney has conducted prayer vigils on the sidewalk near the US Capitol Building in the past. He wants to do one for Good Friday, but Democratic House Speaker Nancy Pelosi’s beloved fencing is preventing him from doing so this year. Frustrated, he is taking matters to a higher authority — the courts.

On March 30, Mahoney, represented by the Center for American Liberty, filed a lawsuit against Speaker of the House Nancy Pelosi (D-CA) and Vice President Kamala Harris, and others. He alleges that they have violated his First and Fifth Amendment rights in doing so.

"I am filing this federal lawsuit to ensure the 'People's House' is returned to the people and the First Amendment is once again celebrated…" Here is a Fox News story on our lawsuit @mercedesschlapp @mschlapp #FirstAmendment #GoodFriday #FreeSpeechhttps://t.co/TsymrfNliI

The complaint stresses the fact that there is no credible threat against the building or individuals serving in the Congress that might represent a legitimate reason for the defendants’ actions. The suit also charges that they are targeting religious services and accuses the officials of prohibiting “Plaintiff’s religious gathering while exempting a laundry list of other activities that occur at the Capitol…”

Mahoney says he held a similar event in that same location in 2020 but now the defendants have “effectively created a no-speech zone.” The fencing went up around the building after the events of January 6 and stayed afterward because of the inauguration of President Joe Biden, this lawsuit argues that there is no good reason for them to still be there.