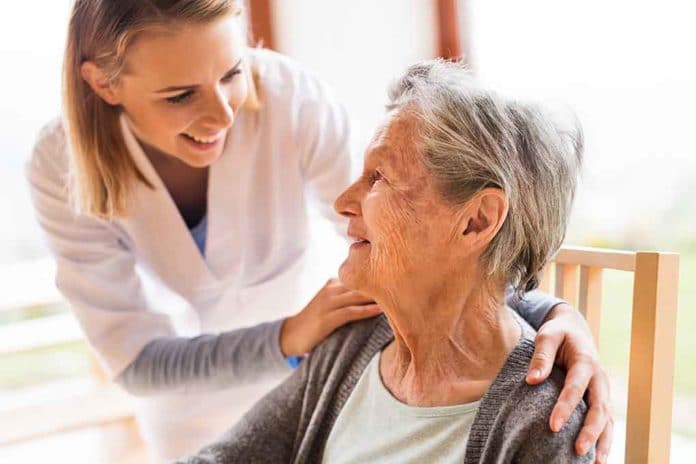 (ConservativeStar.com) – A possible new treatment for Alzheimer’s disease will soon start clinical trials in a Massachusetts hospital. If it’s successful, the drug could help people who already suffer from the disease and those who are at risk.

On November 16, Brigham and Women’s Hospital in Boston, MA, announced that it’ll start a Phase 1 clinical trial of a nasally delivered Alzheimer’s vaccine in the next two weeks. The drug, Protollin, was originally developed as an enhancer for other vaccines – but then researchers found that Protollin itself seems to protect against Alzheimer’s.

Now, Brigham and Women’s will give the drug to a group of 16 patients between ages 60 and 85. All of them are generally healthy but show early symptoms of Alzheimer’s. They’ll each get two doses of Protollin, delivered a week apart.

Protollin stimulates the immune system to produce antibodies. Tests with a mix of the drug and a flu vaccine show it produces 250 times more antibodies in mice than the vaccine alone. Researchers at the two drug companies who developed it – I-Mab Biopharma and Jiangsu Nhwa Pharmaceutical – believe giving Protollin to Alzheimer’s sufferers will activate nymph lodes in the neck, stimulating the production of white blood cells that will travel to the brain. There, they should target and destroy beta amyloid plaques that form in the brains of victims. With the plaques gone, they think the disease’s progress will be slowed or even reversed, allowing memory and brain function to return.

Alzheimer’s disease is the leading cause of dementia, causing around two-thirds of all cases. Among Americans aged 85 or over, 1 in 3 suffer from it. Caring for Alzheimer’s victims costs the US an estimated $200 billion a year, and that figure is rising. The disease also causes huge suffering for sufferers and their families.

Now, there could be hope on the horizon. If Protollin works as planned, it can slow the progress of the disease in people who already have symptoms – but, more importantly, it could protect those who have early-stage brain changes but aren’t showing symptoms yet, or vaccinate people in high-risk groups. That could wipe out the misery of slow, untreatable decline that blights the end of so many lives.

The Phase 1 trial announced Tuesday is mainly aimed at testing the safety of Protollin in human patients. If it’s a success, Phase 2 trials will follow, looking at how well the drug works on Alzheimer’s symptoms.