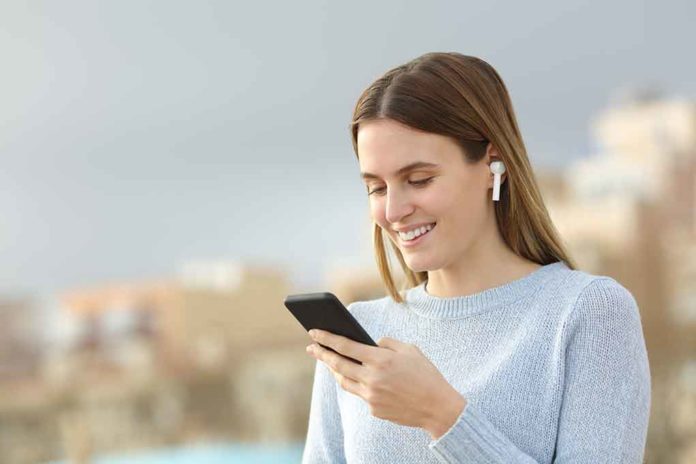 (ConservativeStar.com) – A Boston, MA woman made an alarming mistake when she tried to take a painkiller and swallowed one of her Apple AirPods instead. That’s bizarre – but not nearly as strange as what happened next.

A woman swallows AirPods (1) mistaking it as a pill. And the iDevice recorded audio from inside her stomach.
😂😂#Apple

In mid-November, Carli Bellmer released a viral video discussing the unusual incident. She says she was getting into bed and had one of her AirPod wireless earbuds in one hand and an 800mg ibuprofen tablet in the other. Unfortunately for her, she claims she managed to lose track of what was in each hand, and says “I like threw something back, took my water bottle and took a sip… then realized it wasn’t the ibuprofen.”

In another video, Bellmer claimed the AirPod was still connected to her phone when she swallowed it; a voice memo she sent to a friend contains gurgling sounds she says were recorded inside her stomach by the Bluetooth device. She later said the AirPod had left her body by the obvious route, and she won’t be trying to use it again.

Some skeptics doubt that Bellmer could really confuse an AirPod with a pill, even a large one. There’s a suspicion that she either did it – or faked it – to get more attention on social media. If so, it worked; by November 18 the video had racked up over 2.4 million views.