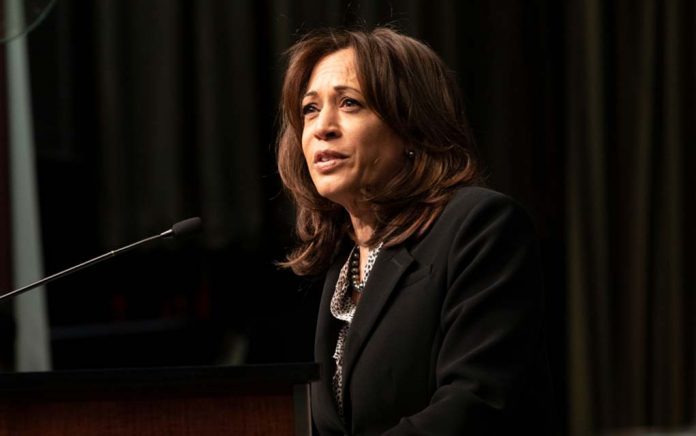 (ConservativeStar.com) – On October 7, Vice President Mike Pence and Senator Kamala Harris (D-CA) squared off in their only scheduled debate before the November 2020 elections. The VP was speaking about the issue of police reforms and noted that Harris filibustered a bipartisan bill on the matter. Since she first declared her intention to seek the Democratic nomination for the top spot, she’s painted herself as a “progressive prosecutor” during her career in California.

Kamala Harris is right — she did a lot of prosecution, putting black Americans in jail while the Trump/Pence admin actually passed criminal justice reform.

Unfortunately for the senator, the actions of public officials like a district attorney or state attorney general are very difficult to erase. Pence was quick to point out that when she left the prosecutor’s office in San Francisco, California, black people were “19 times more likely to be prosecuted for minor drug offenses than whites and Hispanics.” Also, regarding her time as attorney general, he said: “you increased the disproportionate incarceration of blacks in California.”

During the primary election season, several articles were published noting an incident where she withheld information about a corrupt lab technician from defense attorneys. Over 600 convictions that the tech worked on were dismissed. She also continually hampered attempts by the wrongly-convicted to receive due compensation.

Simply put: her hypocrisy shined through.