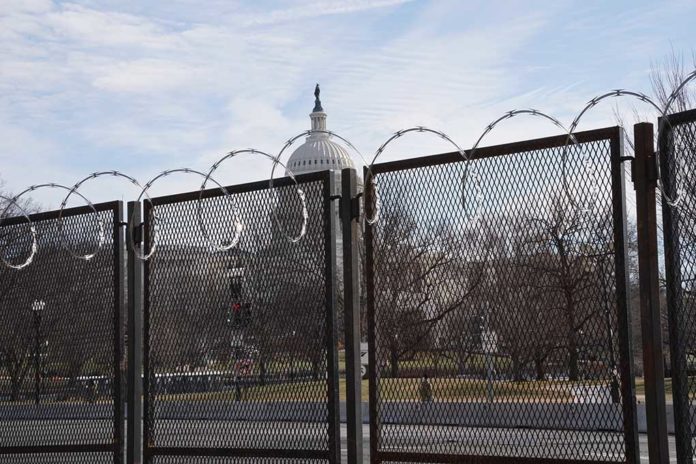 (ConservativeStar.com) – An official United States House of Representatives webpage describes the United States Capitol building as “The People’s House.” Given that professed position, one could wonder why the government has decided to once again turn the area into an armed encampment before President Joe Biden gives his State of the Union (SOTU) address on March 1.

The sights that slapped every American in the face after the January 6 riots of a razor wire-topped fence and military personnel patrolling the grounds are being brought back. Reports indicate that 400 members of the District of Columbia National Guard are being brought up to active duty with another 300 guardsmen being brought in from other states.

Why aren’t you doing this at our southern border, President Biden? https://t.co/yhEZ5p8Qlo

As an Associated Press article put it, “it’s the new normal,” even though there have been no “specific or credible threats” targeted at the event. It seems that the possibility of protests by truckers modeled after the Canadian Freedom Convoys may have sparked this bunker mentality in the nation’s capital.

Sometimes we at Conservative Star like to pose hypothetical questions as you consider the issues we write about. Are all these precautions based upon legitimate concerns, or does it come from the leadership of the Democratic Party using fear-mongering to meet political ends?