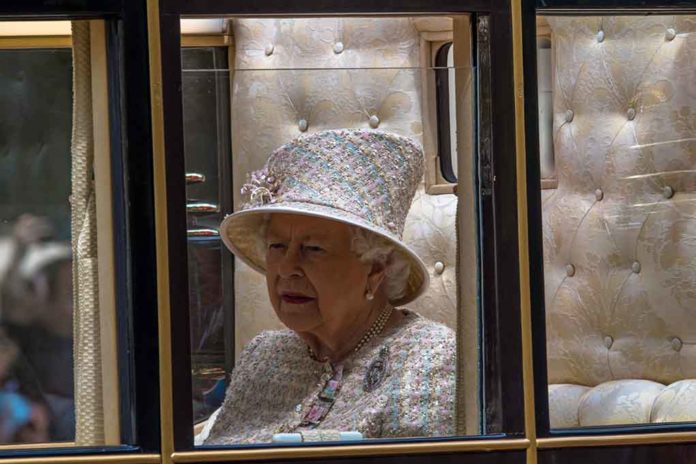 (ConservativeStar.com) – One thing that the pandemic has taught us is that the COVID-19 virus doesn’t discriminate. Regardless if one is John Q. Public, president of the United States, or the prime minister of Canada, if one breathes, they’re susceptible to it. Now, the reigning monarch of the United Kingdom, Queen Elizabeth II, is the most recent world leader to test positive.

Queen Elizabeth II has tested positive for the coronavirus, Buckingham Palace announced Sunday. The British monarch is experiencing “mild cold like symptoms,” the palace said, but is expecting to continue “light duties” at Windsor over the coming week. https://t.co/uY2Lv37GUd

The Queen appears to be exhibiting only mild flu-like symptoms. In true British fashion, the monarch plans to keep a stiff upper lip and carry on with white duties at Windsor Castle as she recovers. Her Majesty has been triple-vaccinated and had been reducing the number of public engagements she has attended in recent months.

The queen’s diagnosis comes after meeting with her heir apparent Charles, Prince of Wales, who had tested positive just days after visiting with his mother. The Prince’s wife Camilla, Duchess of Cornwall, is self-isolating after also testing positive for the disease.

According to Sky News, other royals worldwide who have contracted the virus recently include Queen Margrethe II of Denmark and King Felipe VI of Spain. Everyone here at Conservative Star wishes them all a speedy and complication-free return to full health.