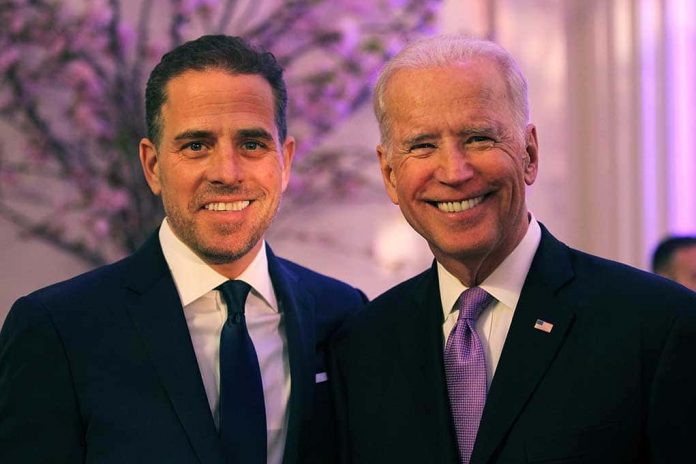 (ConservativeStar.com) – President Joe Biden and his policies are swinging far to the left and are shining a glaring light, once again, on his unabashed double standards. This time, it’s regarding the Second Amendment. While he’s signing Executive Orders in an attempt to steal the rights from Americans, he apparently had no problem when his son Hunter applied for a permit in 2018 — possibly committing a felony when he filed the application.

The Biden family doesn’t try to deny that Hunter is addicted to cocaine nor that he was kicked out of the United States Navy for testing positive for the substance. But on the form, he checked “no” for the question regarding that subject. Because of this, a group of more than 20 Republicans in the House of Representatives sent a letter to David Chipman, Biden’s nominee to head up the Bureau of Alcohol, Tobacco, Firearms and Explosives (ATF).

Hunter Biden’s comments confessing to persistent illegal drug use when purchasing a firearm exposes the appalling double standard that this admin is willing to apply. I'm calling on Biden's ATF Director nominee to commit to investigating these allegations. https://t.co/aoi6hi5ca5

They’ve requested his commitment to investigate the allegations if he’s confirmed to the post, noting his “zeal” for making sure regulations were followed during his time as an ATF agent. They rightfully told him the country’s citizens want to know “the same commitment will not be curbed depending on whether the offender is well-connected.”